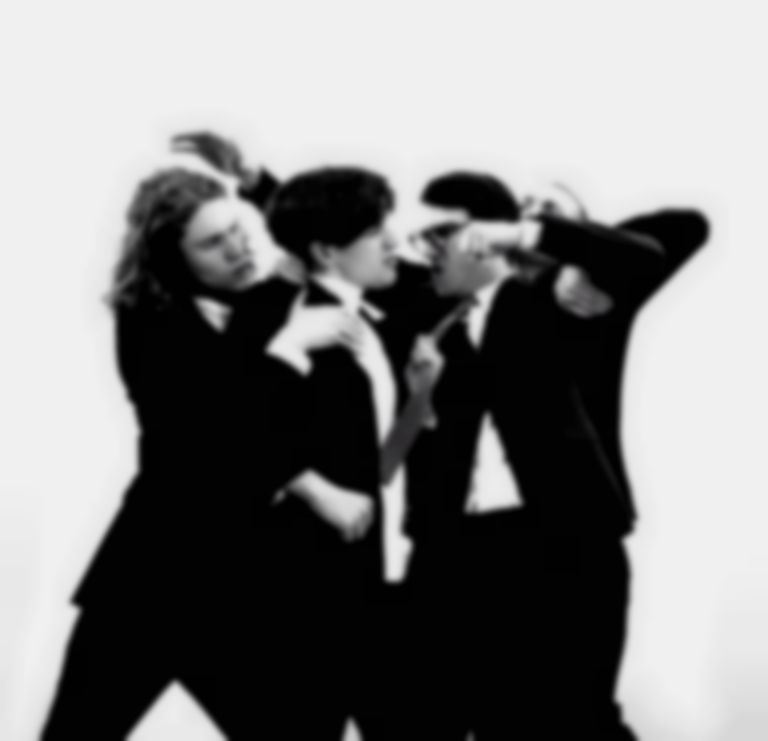 Spector have released a new single called "Born In The EU" and shared an open letter about the impending referendum.

The band's Fred Macpherson explains the track and his thoughts on tomorrow's EU Referendum; read below and listen to the track after:

"I wrote ‘Born In The EU’ with our old guitarist Chris Burman in 2013, a few months before he left Spector. We’d known each other since we were 11 and the song was kind of a love letter to each other, and the story of that love on an adventure round the continent we’d spent so much of the previous years touring. We’d often discussed feeling European as opposed to British - an affectation maybe, but one that allowed us to take pride in being part of something larger, more cultural, unknown and adventurous. I remember being a child and not really having a notion of what ‘Englishness’ was until the first times I went to France, Spain, Germany, Italy etc. Countries not defined by their differences and their flags, but by their unity, shared history and constantly migrating/mixing populations.

"We never ‘finished’ this song and weren’t sure we were ever going to release it but then it dawned on me that by the end of this week we might no longer even be a part of Europe, and for one of the first times in my life, I felt the clock tick. 'I’m not gonna tell you how to vote, just vote' is a popular internet adage, and though I can’t disagree with the sentiment, this one seems a little too big to keep our opinions to ourselves. Unlike a general election we won’t get another chance in five years. For me, the vote comes down to what sort of country we are. Are we outward looking and internationalist? Or inward looking, parochial and xenophobic?

"Our world influence comes from working alongside countries of similar size, population and history rather than going it alone. Cameron’s support for something would usually be enough to put me off voting for it, but this is a view shared by Barack Obama, Justin Trudeau Angela Merkel AND Brian Eno. Russia’s annexation of the Crimea is a sad reminder of how large powers can destabilise Europe. As younger people we’re inclined to take the last 70 years for granted, but it’s one of the longest peace times in western history. We just so happen to be lucky enough to have lived through it. If you believe that free trade makes a country better off, why leave the biggest free trade bloc in the world? And remember how much more important the EU is to us than we are to it. Our exports to the EU account for 13% of our national income. Exports TO the UK only make up 3% of the EU’s. Closer to home there’s the freedom to work, study and tour abroad. Imagine needing a visa for a booze cruise ffs, or a different driving license. Then there’s the commonly agreed standards that are the only thing keeping our environment vaguely clean, the 3.5 million jobs directly linked to our membership of the EU’s single market BLAH BLAH BLAH BLAH. It goes on. Finally, I also want the UK to remain united. If we vote to leave and Scotland votes to remain, the break up of our country is inevitable. And that’s the sort of Little England exponents of Brexit want.

"The lesson of the last hundred years is that humanity is at its best when breaking down barriers, whether physical, philosophical or spiritual. It is extraordinary that populist politicians - be it Donald Trump in the United States or Boris Johnson closer to home - are seeking to erect them, spurred on by these sinister press barons - the Murdochs, Rothermeres and Barclays - real super villains, none of whom are domiciled in this country but seek to lecture us on its borders. The Rothermeres have previous of course… They supported Hitler in the 1930s. I’ll stop rambling now, but enjoy the song if you like that sort of thing, vote tomorrow, talk about it, and know why you’re voting for whatever you’re voting for. We have 36 hours. So long, farewell, auf Wiedersehen, adieu."