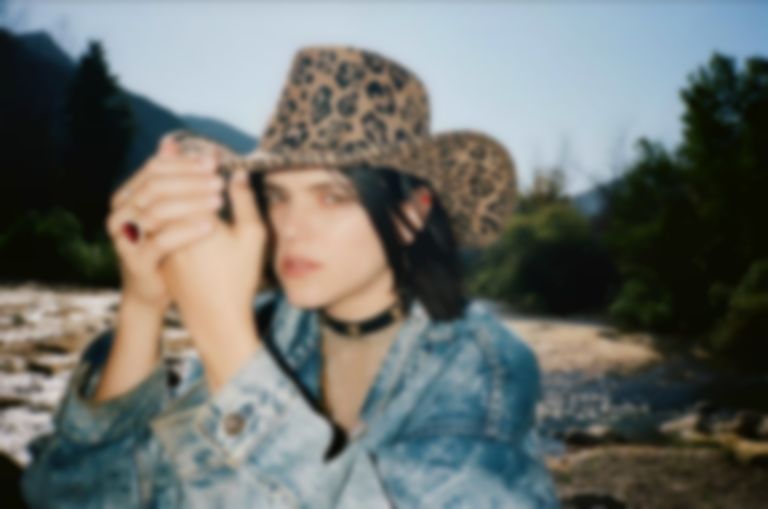 SOKO is back with "Looking For Love" - a final taster of her Feel Feelings album before it arrives on Friday (10 July).

"Looking For Love" is the fifth single to be shared from SOKO's third LP, arriving after last month's "Oh, To Be a Rainbow!", "Balsphémie", "Are You A Magician?" and "Being Sad Is Not A Crime".

Speaking about the video directed by Gilbert Trejo, SOKO says, "I wanted to be a knight on a quest for love, but the idea really started with the costume. I wanted to do a photo shoot with my friend, Cameron McCool, and I bought this chainmail and a Roman helmet on Craigslist. Cameron then brought in this magnificent vintage red robe, and it completed the outfit so perfectly that I immediately knew I wanted this character to be the main idea for the video for "Looking for Love"."

She adds, "I wanted it to feel like an epic trailer of a movie about some sort of Joan of Arc meet Don Quixote as a warrior of love, running through the woods, with a horse as my most loyal companion. My friend, Gilbert Trejo, and I did the whole video in five days from location scouting to editing. In the video by leaving the woods it felt like leaving the comfort of childhood, the comfort of the known, and looking for something bigger, or maybe just different. And while the horse feels like it may be my greatest love, sometimes in life, you have to leave a situation to really figure yourself out."

Feel Feelings will be SOKO's third LP, and is her first since 2015's My Dreams Dictate My Reality.

"Looking For Love" is out now. SOKO's Feel Feelings album lands via Because / Babycat Records on Friday (10 July), and is available to pre-order now.