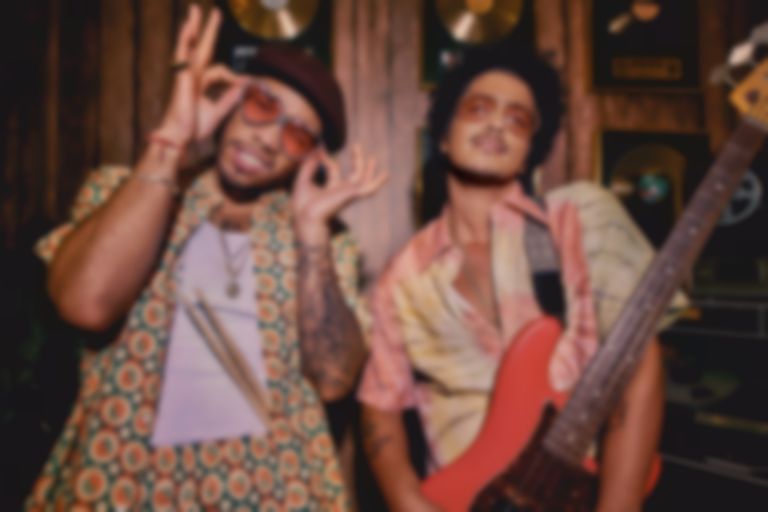 Anderson .Paak and Bruno Mars are back with their second Silk Sonic single "Skate".

After debuting their collaborative project Silk Sonic with "Leave the Door Open" in March, the duo are back with their smooth summer jam "Skate", which is accompanied by a video directed by Mars, Florent Déchard and Philippe Tayag, and sees the duo serenading a group of roller skaters.

Back in February the duo announced their debut album An Evening With Silk Sonic, which will feature funk star Bootsy Collins as a "special guest host".

"Skate" is out now. Silk Sonic's An Evening With Silk Sonic debut album is due for release later this year.