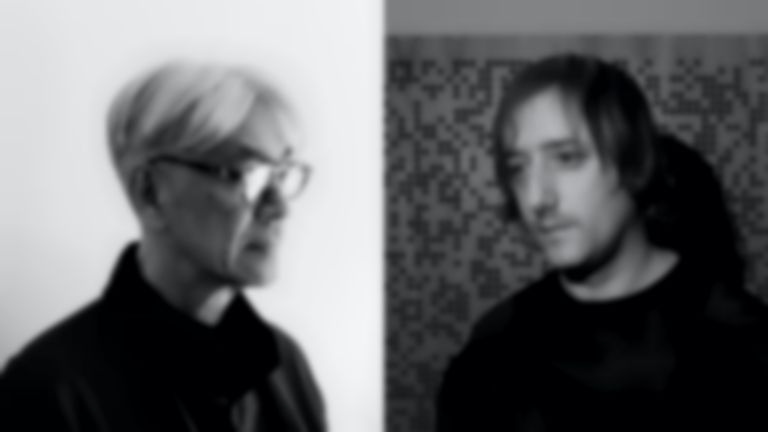 EP3 from Coldcut's forthcoming @0 ambient compilation has been unveiled, which features contributions from Ryuichi Sakamoto and James Heather.

Sakamoto has contributed a new live recording of his 1999 track "Aqua", while Heather has provided an updated version of "And She Came Home" with re-recorded piano and additional strings.

Heather said of being involved with the compilation, "I feel very lucky to be a part of this stunning compilation put together by Coldcut for three very worthy causes. My history goes back a long way with Coldcut, from a teenager in Southampton buying their Let Us Play album, which was formative in expanding my mind at the time, to eventually meeting and working with them when I moved to London a few years later and putting everything I had into helping raise awareness of their label Ninja Tune. To now having been asked to contribute a track to this compilation doesn’t feel real to be honest and on top of that they trusted me to do new piano parts on their seminal track "Autumn Leaves", which closes out the project. I hope the music from all the artists involved here brings much solace to anyone who comes by it."

The compilation was announced earlier this month with EP1 featuring Suzanne Ciani’s "Morning Spring" and Kaitlyn Aurelia Smith’s "Mt Baker", and was followed by EP2, which included Steve Roach's "The Drift Home" and "Beethoven 250" from A Winged Victory for the Sullen.

@0 is a compilation of ambient recordings curated by Coldcut. The label (Ahead Of Our Time) and Ninja Tune will donate 50% of net receipts to CALM (Campaign Against Living Miserably), Mind and Black Minds Matter.

The album will feature new work by Julianna Barwick, Laraaji, as well as remixes of songs by Sigur Rós and Imogen Heap and more.

EP3 featuring Ryuichi Sakamoto and James Heather is out now. The full @0 compilation will be released via Ahead Of Our Time on 19 November, and is available to pre-order now.