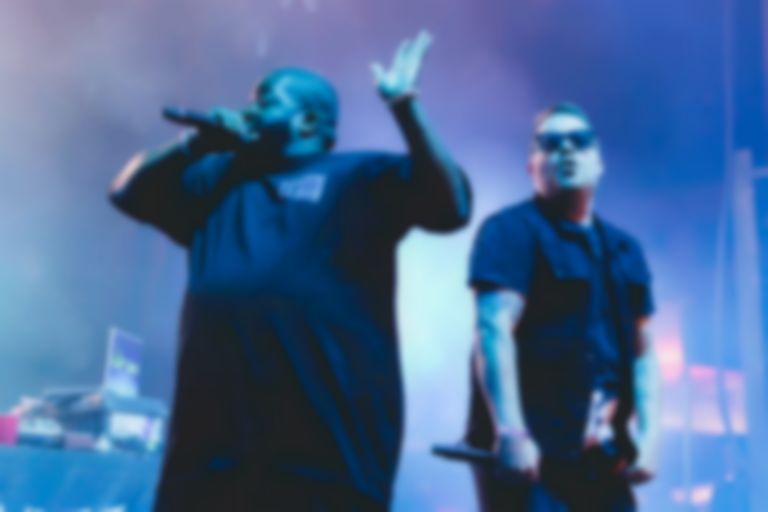 Killer Mike and El-P return with a new Run The Jewels track "Let's Go (The Royal We)", featured as the closing track to the new Venom movie.

"Let's Go (The Royal We)" was revealed as Zane Lowe's World Record on his Apple Music Beats 1 show.

The new track is featured on the credits of new movie Venom, starring Tom Hardy, Riz Ahmed and more.

Speaking to Zane Lowe, Killer Mike explained, "We got a call and they wanted us to write a record for it [Venom], and we were like 'abso-damn-lutely' we are writing a record for them."

He added, "the record turned out dope, and it gave us a primer for what I think is going to be a dope next album."

Killer Mike also revealed to Zane Lowe that "Let's Go (The Royal We)" is "the first Run The Jewels record that we put together not in the same room."

El-P revealed that their latest offering was born out of a rejected track for Blade Runner 2049, "I just loved it so much that I was like, ‘I have to use this’. I had spent some time working on that to kind of try and transform it into a beat for essentially Run the Jewels 4, because me and Mike both loved it, and we just thought it was nasty.”