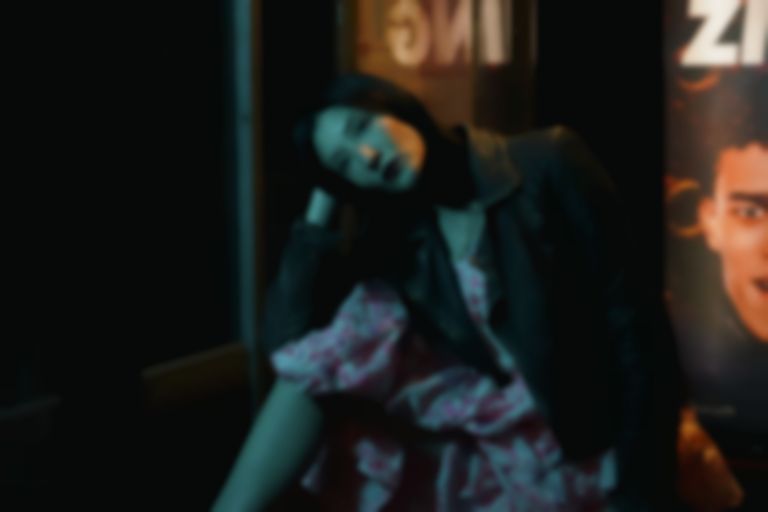 Queen Kwong has delivered new track "Without You, Whatever" as the third preview of her forthcoming album Couples Only.

"Without You, Whatever" follows last month's "On The Run" single featuring The Cure's Roger O'Donnell, and February's "I Know Who You Are".

Queen Kwong, real name Carré Kwong Callaway, says of the new song, "Initially, it wasn’t even going to be on the record. When I recorded it, I was just trying to entertain Joe (Cardamone) by singing in falsetto and trying to imitate Bowie. When I sent the folder of tracks to Tchad Blake I said "oh, don’t bother mixing "Without You, Whatever" because I’m not going to release it,” and Tchad basically said, "WTF? That’s your single!" So he mixed it and I added it to the record at the last minute. It’s nearly impossible for me to sing because it’s so high and out of my range, but I like that it’s extremely different from anything I’ve ever released."

The recording process was entirely improvised by Callaway and producer Joe Cardamone, who spent three weeks creating one song a day, which resulted in the final 11 tracks on Queen Kwong's new album.

"Without You, Whatever" is out now. Queen Kwong's Couples Only album will arrive via Sonic Ritual on 12 July.