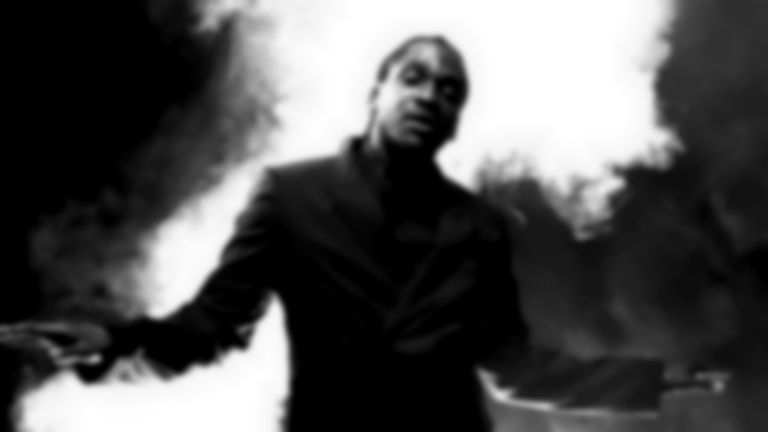 "The Story of Adidon" comes after Drake uploaded "Duppy Freestyle", which calls out both Pusha-T and even makes reference to collaborator Kanye West.

Drake and Pusha-T have been at eachother's necks since 2011, where, as Billboard reports, Pusha-T rapped over a Drake beat, and put a bullseye on his forehead.

Fast forward to 2018 and they're still not letting their beef slide. Drake responded to Pusha-T's Daytona album with diss track "Duppy Freestyle", that sees Drake name drop Pusha-T's fiancé, and calls out Pusha-T for selling drugs, "Man you might've sold to college kids for Nike and Mercedes / But you act like you sold drugs for Escobar in the 80s".

The Canadian rapper also uploaded an invoice on Instagram directed at Pusha-T, charging him $100,000 for "Promotional assistance and career reviving".

Pusha-T responded by biting a big chunk out of the beef, and decided to get a bit more personal with the Canadian rapper.

Using Jay-Z's "The Story of OJ" beat, Pusha-T decides to call out Drake on race by using an image of Drake with his face painted black, and by spitting, "Confused, always thought you weren't black enough / Afraid to grow it 'cause your 'fro wouldn't nap enough"

But it doesn't stop just there. "The Story Of Adidon" decides to open a six foot hole in the ground, as Pusha-T brings out all the big boy disses after Drake name dropped his fiancé in "Duppy Freestyle".

According to Pusha-T, Drake has a secret baby with a former prostitue, Sophie Brussaux, "Since you name-dropped my fiancée / Let 'em know who you chose as your Beyoncé / Sophie knows better, ask your baby mother / Cleaned her up for IG, but the stench is on her / A baby's involved, it's deeper than rap / We talkin' character, let me keep with the facts."

Pursuing the heated feud in the public eye, Pusha-T is awaiting a response from Drake, as Pusha-T teases at the end of his diss track, "Well I wanna see what it's like when you get angry, okay? / You show me that."

Drake's "Duppy Freestyle" seems luke warm compared to Pusha's more personal diss, and we can only wait patiently to find out what Drake responds.