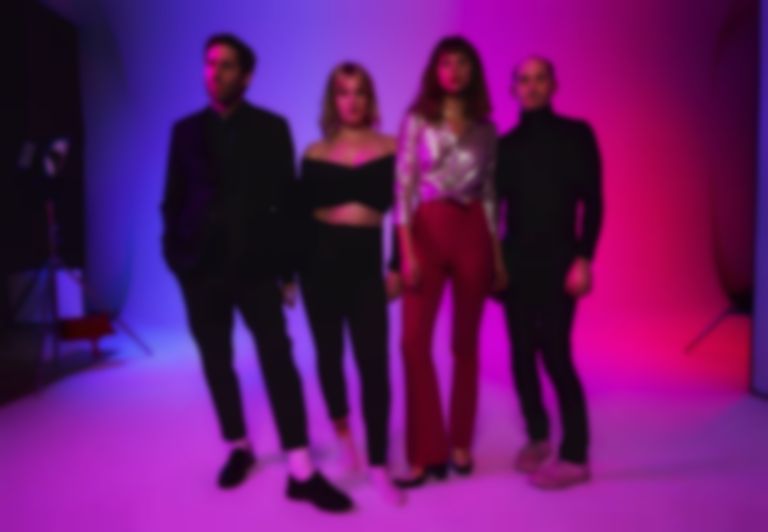 "Compromised" is the first single from the quartet since last year's "Disposable", which will also feature on Gentle Grip.

Public Practice vocalist Sam York says of the new single, ""Compromised" deals with the moral gymnastics that many of us struggle with daily just to be a human in this world. How do we balance our desire for material pleasures with our need to be seen as moral and good? What’s more important, the shoe or where it came from? How it was made or how it looks? I am no shining example and I struggle with this constantly."

Three out of four members of Public Practice are also music engineers, meaning they could record the majority of Gentle Grip from their own studio/rehearsal space in Brooklyn. Vince McClelland of the band says, "Having a space and setup that is unique, you're always going to have more of a signature sound."

"Compromised" is out now. Public Practice's Gentle Grip album lands via Wharf Cat Records on 15 May, and is available to pre-order now. They play London's Electrowerkz on 5 May. Find out more.