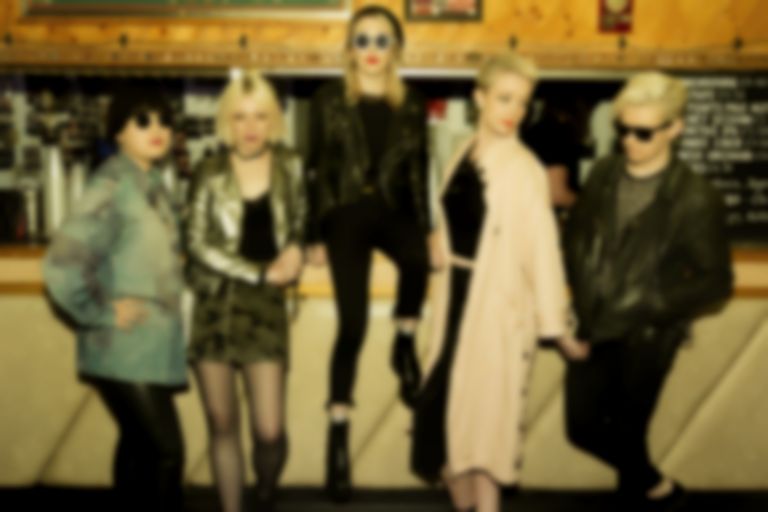 "Jamie played us a reworked version of the demo and we were all blown away," explain PINS. "I felt like he’d reached into my head and created the sound I’d been imagining. The track is about how sometimes we feel like we only exist to make money for other people, it’s a swizz. We are promised things by saviours, these people who have come to rescue us, but it’s not true. 'Serve The Rich' was my opportunity to assert myself. I’m saying that we as PINS, musicians, women, Labour voters, and feminists, are here to save the kids, we’re here to save each other, we’re here to save ourselves."

"Serve The Rich" is out now.