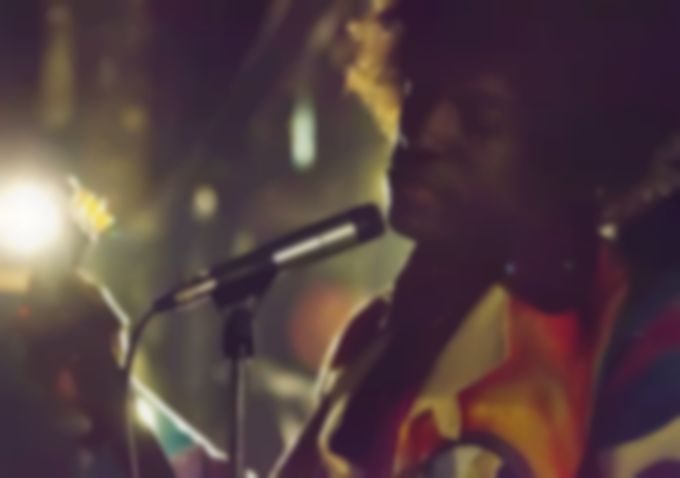 The first official image of Outkast man André 3000 starring as Jimi Hendrix in the upcoming biopic about the latter musician’s life has surfaced on the Toronto International Film Festival’s website.

The biopic, written and directed by John Ridley, is called All Is By My Side and will premiere this September at the Toronto International Film Festival. The film focuses on the years Hendrix worked in London prior to the release oh his Are You Experienced album.

Unfortunately, the film has received disapproval from the Hendrix estate and no Hendrix songs will actually feature in the film. Instead, Three Stacks will be covering songs by The Beatles, Elvis Presley, Muddy Waters and Elmore James.

Check out the pic above.