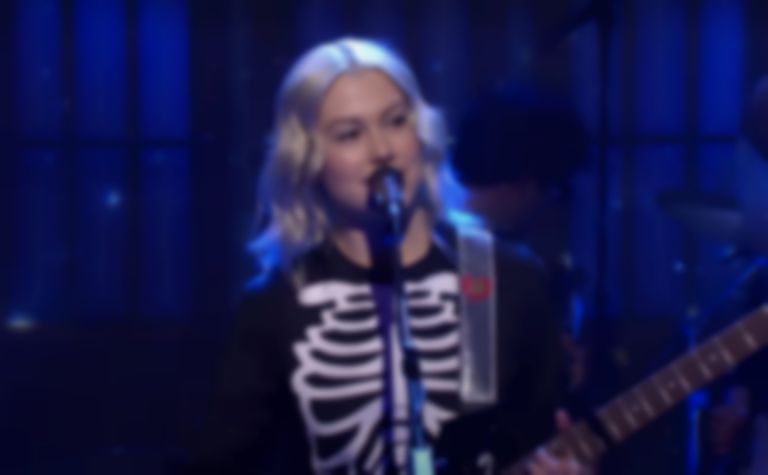 Phoebe Bridgers's cover of Metallica's "Nothing Else Matters" has been released from the band's upcoming tribute album The Metallica Blacklist.

Since June, various artists including Miley Cyrus, St. Vincent, Sam Fender, Diet Cig and Weezer have been covering songs from Metallica's The Black Album ahead of the record's 30th anniversary tomorrow (12 August). The covers will appear on a companion tribute record for the anniversary, titled The Metallica Blacklist.

This afternoon, the latest cover of "Nothing Else Matters" has been released, which is by Phoebe Bridgers.

As Pitchfork reports, Bridgers told Zane Lowe on Apple Music 1 that her version "almost sounds baroque". She added, "Literally, James [Hetfield] does all sorts of weird octave jumps and stuff that I can’t do, and I almost have a Billie Eilish approach of right by the microphone, performing it the opposite of them, which was really fun to lean into."

Bridgers also said of Metallica, "I’ve always been a big Metallica fan. I think it’s funny, my intro to them was probably way later than so many people who have always loved them. But when I was a teenager, I went to Outside Lands, and I definitely knew Metallica songs from video games and stuff, but I went to Outside Lands and saw their set and was like, "This is a rock band". It’s kind of a gateway to metal because they’re so hooky and you can hold onto so much of it and it actually can get stuck in your head. So that’s what I’ve always loved about Metallica is that they don’t shy away from a great hook."

Profits from The Metallica Blacklist will be split evenly between charities of the artist’s choice and Metallica’s All Within My Hands Foundation.

Other artists that will appear on The Metallica Blacklist include Rina Sawayama, Moses Sumney, Kamasi Washington, IDLES, Flatbush Zombies, Mac DeMarco, PUP, J Balvin and the Neptunes, BackRoad Gee and many more.