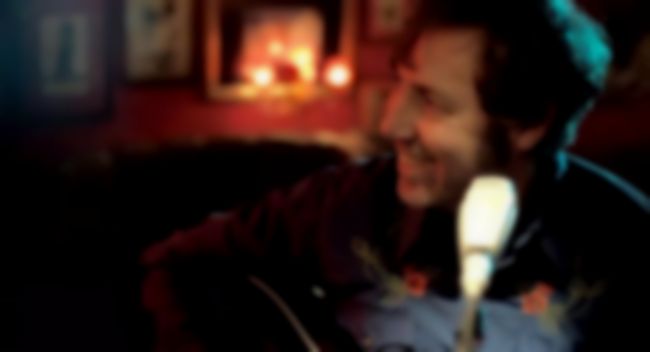 An oft overlooked gem of the UK Americana scene, Peter Bruntnell has announced the release of Retrospective – a collection of tracks spanning his twenty year career.

Released via Blind Eye Records on 7 May (USA) followed by a European release through Loose Music on 17 June, the seventeen track collection features cuts from all eight of Bruntnell’s solo records, including career highlights ‘Handful Of Stars’ and ‘Here Come The Swells’.

The concluding track is a re-recording of ‘Played Out’ which features guest vocals from English folk siren Rumer. The new interpretation of the song, originally released in 2004, breathes a new lease of life into the arrangement and indeed, instrumentation. The line “I always say you’re better for things that you go through, still I got nothin’ to show for you” delivered with such understated elegance, showcases just one of the many reasons why Bruntnell is still – after twenty years – one of Britain’s finest songwriters.

Watch the performance video of ‘Played Out’ below, premiering exclusively on Best Fit. A few words from Bruntnell himself follow beneath the video.

Through working on the Retrospective it has given me a chance to reflect on all the great musicians and producers I have had the fortune to work and still work with over the last 20 years. I have made a lot of good friends along the way and welcome the opportunity to re-introduce my work including recent records such as Black Mountain UFO to a new and hopefully wider audience.

I have known Sarah, ( Rumer), for years and was over the moon when she said that she’d love to sing one of my tunes with me for this release. I’m really pleased how it turned out.