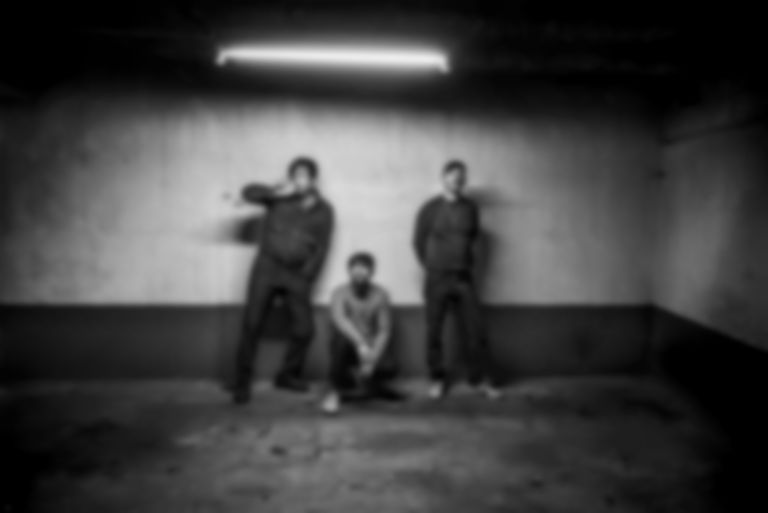 "One For The Team", "Every Other Night", and "Gut Feeling" are the first three tracks shared from Peter Bjorn and John's new album Darker Days.

New tracks "One For The Team", "Every Other Night", and "Gut Feeling" arrive as a three, reflecting the trio's interpretations and both individual, and group contributions to their new record.

Peter explains more about "One for the Team", "It's a pep-talk sort of song. A positive call to arms really. It's been a "bumpy ride" as the song says. But the good thing you've found together is really worth fighting for, especially after all this time. We really ARE stronger together. We all GAIN from helping each other out. We CAN'T make it ourselves. At least not as good or as vigorous. All very corny but also all very true, most of the time. And the title is kind of corny too but I love calling a song "One For The Team."

On "Gut Feeling", Bjorn says, "The story of "Gut Feeling" begins at the first gig in the US after our last album, Breakin' Point. Backstage in the club in Nashville I was waiting for soundcheck and started writing what was to become "Gut Feeling," the words came subconsciously: "I think we need to talk about it, if we don't wanna live without it." We actually did talk on that tour, and conflicts were resolved. It all became fun again."

John says of "Every Other Night", "This song is about what's keeping you awake between the midnight hour and the hour of the wolf. It's like a warning sign in neon letters. Sonically it's a homage to my indie-pop/rock-heroes and the opposite of the snappy arrangements on our previous album (Breakin' Point). What you hear is just the three of us, Peter on guitar, Bjorn on bass and me on drums and vocals."

The recording process for Darker Days began in Stockholm's Atlantis Studios. Each song represents a different interpretation from each member of the trio, as they returned to their roots to create the album between the three of them.

The trio perform a few dates across Europe before travelling to the US for their headline tour in late November. Find out more.

"One for the Team", "Gut Feeling" and "Every Other Night" are out now. Peter Bjorn and John's Darker Days record drops on 19 October on INGRID via AWAL.