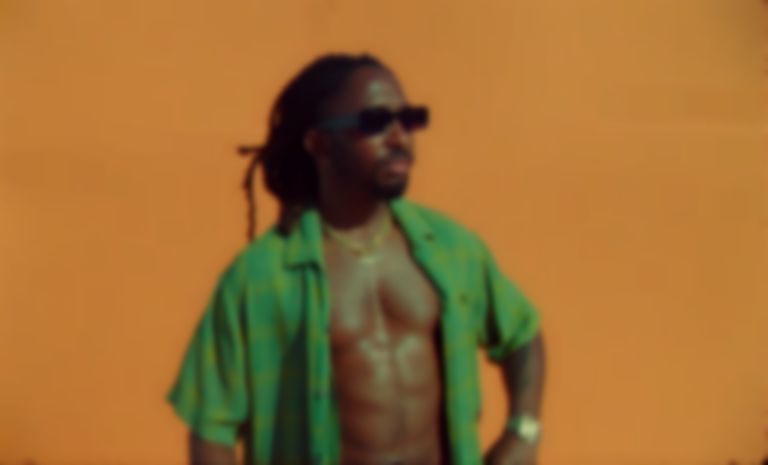 Patrick Paige II, the bassist of The Internet, has announced his new solo album If I Fail Are We Still Cool, and has shared "Whisper (Want My Luv)", featuring Steve Lacy, Allen Love, and Durand Bernarr as the lead single.

"Whisper (Want My Luv)" is the second track to be lifted from Patrick Paige II's new solo album, after last month's "So They Say".

The new single sees Patrick Paige II collaborate with Steve Lacy, Allen Love and Durand Bernarr, and is accompanied by an Ethan Nelson-directed video that also features a two-minute teaser of another song on the album that features Syd.

If I Fail Are We Still Cool will follow his 2018 album Letters of Irrelevance, and will include collaborations with Syd, Ohana Bum, Westside McFly, Saba and more.

"Whisper (Want My Luv)" featuring Steve Lacy, Allen Love and Durand Bernarr is out now. Patrick Paige II's If I Fail Are We Still Cool album will land via Fat Possum on 21 May.