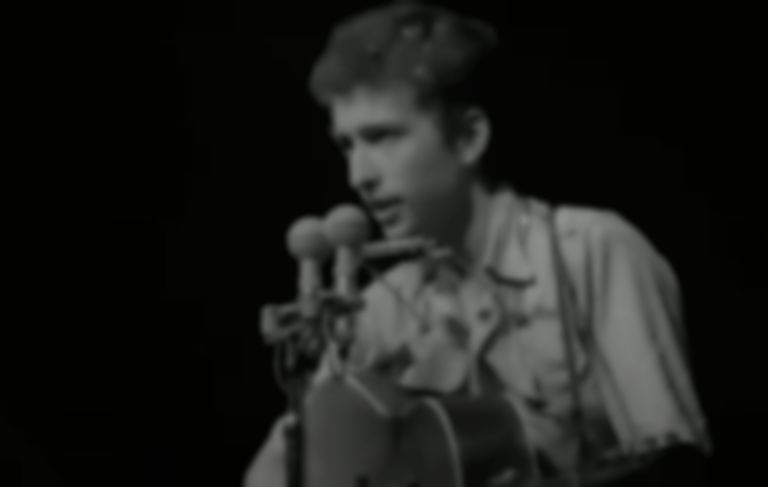 Bob Dylan has re-recorded his '60s classic "Blowin’ in the Wind" to feature on a one-of-one Ionic Original disc by T Bone Burnett, which will go up for auction in July.

The Ionic Original disc version of "Blowin' in the Wind" marks the first time Dylan has re-recorded the song since 1962, and is also the first recording to utilise T Bone Burnett's Ionic Original technology.

According to a press release, Burnett said the Ionic Original disc "advances the art of recorded sound and marks the first breakthrough in analog sound reproduction in more than 70 years, achieving dramatic improvements in listening experience and durability."

The auction, which will take place in July, coincides with Dylan's 60th anniversary year as a recording artist, and is expected to fetch between £600,000 and £1 million.

Burnett added of Dylan's recording, "60 years after Bob first wrote and recorded "Blowin’ In The Wind", he is giving us a new recording of his song; one that is both deeply relevant for our times and resonant with decades of the artist’s life and experience. We’re grateful to Christie’s for their belief in the Ionic Original and for presenting Bob’s masterful recording to the world in a unique and meaningful way."

Bob Dylan's "Blowin’ in the Wind" Ionic Original disc will go up for auction on 7 July through Christie’s.