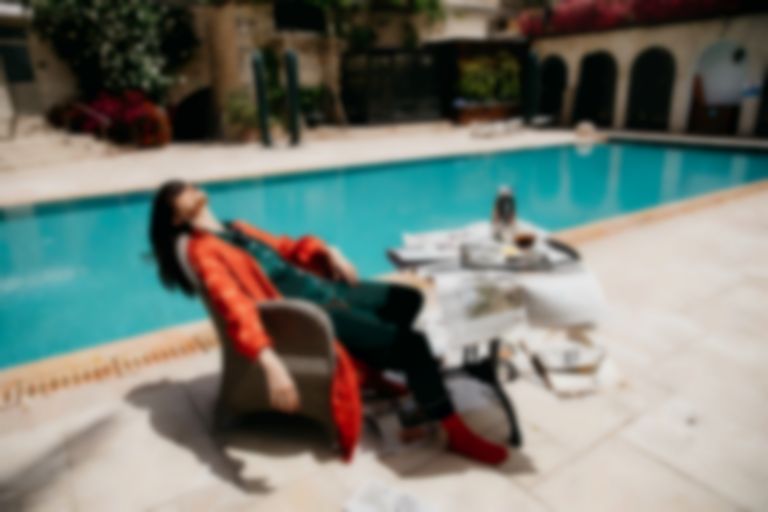 Noga Erez has returned with "NO news on TV", a song written and recorded during the COVID-19 pandemic.

"NO news on TV" follows on from Noga Erez's February single "VIEWS", and arrives with a visual directed by FISHnCHIPS.

Noga Erez says of the latest outing, "This song was written during a period where I had more time than I've had in a decade. I was able to sit down and work my ass off on new music without any emails disturbing the silence. No notifications, nothing. I wanted to write a song that talked about that. I felt a deep need to imagine what it would be like to live in a world with no politics, money, grit, racism or violence."

"As I write these words people in America and all over the world are fighting for justice for the black community," Noga Erez continues. "It’s tragic and saddening that in this day and age we still have to deal with racism. But this fight is so extremely important, not just for the black community in the US but for any person who suffers from oppression and mistreatment. The world couldn’t have been more opposite than the world that I’ve imagined while sitting in the silence of my apartment in a shut down city during lockdown."

She adds, "I call this song 'A children's song for adults' because it shows a naive, utopian reflection of reality. I just needed to have a song like that. An escape song. But what was an escape song to me a few months back became an absurd, self criticism provoking song to me. It now sounds to me more like a frantic search to close myself off and separate myself from the real world. This isn’t time for escaping, it’s a time for confronting. And I am happy that this song was able to transform into a new form of actually giving a true, honest and criticising perspective on the need for apathy and escapism."

Wrapping up her explanation, Noga Erez says, "My pure daydream fantasy became an eye opener. Singing about how ‘everybody’s free’ right now is such an incredible dissonance for me. It says exactly what it needs to say: not everyone is free. Actually most of us aren’t, but some of us are literally, physically not free. And that has to change fast."

Noga Erez's "NO news on TV" single is out now.