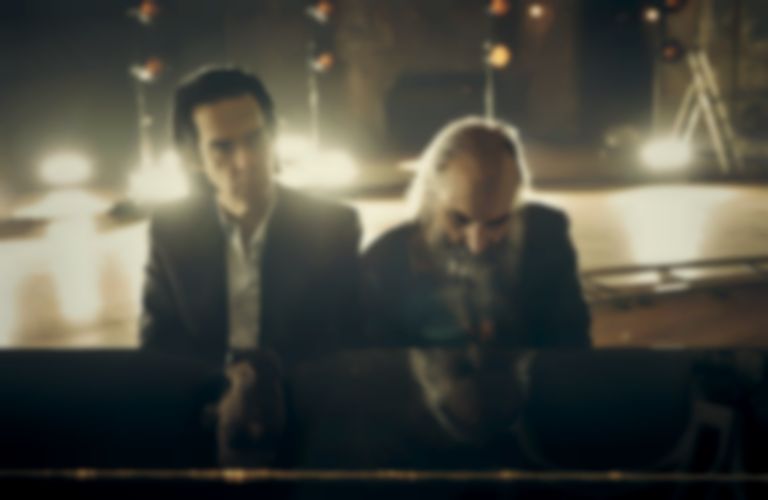 Nick Cave and Warren Ellis have announced a global cinema release for their Andrew Dominik-directed documentary This Much I Know To Be True.

This Much I Know To Be True was originally announced in January, and is is considered as a companion piece to 2016's One More Time with Feeling (also directed by Dominik), and will explore Cave and Ellis' creative relationship, as well a tracks from their recent albums Ghosteen and CARNAGE.

Today (2 March) Cave and Ellis have announced that the documentary will be getting a global cinema release on 11 May.

THIS MUCH I KNOW TO BE TRUE will screen in cinemas worldwide on Wednesday 11 May. Tickets on sale 23 March https://t.co/xRyQU09deD
Watch an exclusive clip taken from the film on The @latelateshow with James Corden tonight in North America. pic.twitter.com/lc6geDnqcM

The documentary was shot in London and Brighton in 2021, and will follow Cave and Ellis for their first performances of the albums, as well as featuring an appearance from Marianne Faithfull.

This Much I Know To Be True will also give viewers a chance to see Cave and his process for his Q+A site The Red Hand Files, and will take viewers inside Cave's workshop where he's working onn a series of sculptures.

This Much I Know To Be True featuring Nick Cave and Warren Ellis will arrive in cinemas worldwide on 11 May. Tickets go on sale 23 March. Visit nickcave.com for more information.