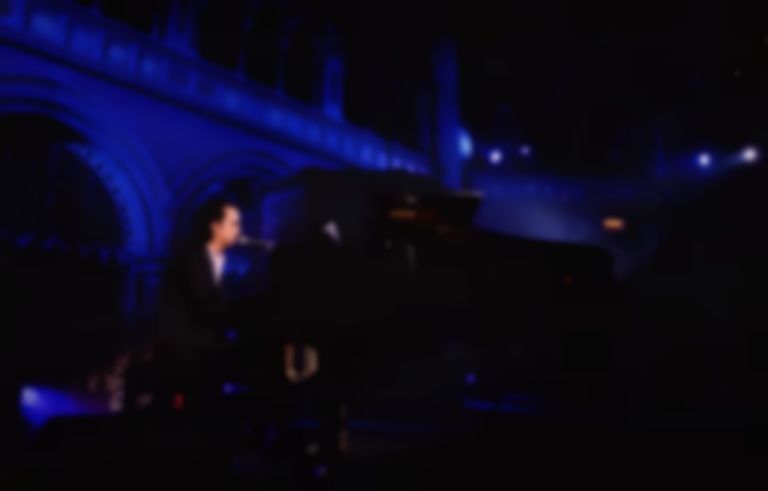 Nick Cave has discussed his songwriting process and how it leads to inspiration, and revealed that the most important part of his day is to "simply sit down at my desk and pick up my pen".

In the latest response on his fan Q+A site The Red Hand Files, Nick Cave has discussed his view on songwriting and inspiration, as well as outlining part of his process.

Cave's reply is to two questions; one that asks what it's like to write a song, and the other which questions Cave over whether he thinks it's "more important to find inspiration or to get to work and write?"

In Cave's response, the musician and songwriter revealed that he has "an affinity with artists who treat their craft as a job and are not dependent on the vagaries of inspiration - because I am one of them", and wrote that like other people with a job, "we just go to work".

Cave continued, "It never occurs to us not to work, there is never a moment when we don’t work because ‘we are not feeling it’ or ‘the vibes aren’t right’. We just do our hours, as I am doing mine now, writing to you, Jake, and to you, Freya."

Expanding on his songwriting process and how inspiration comes to him, Cave wrote, "The most important undertaking of my day is to simply sit down at my desk and pick up my pen. Without this elementary act I could not call myself a songwriter, because songs come to me in intimations too slight to be perceived, unless I am primed and ready to receive them. They come not with a fanfare, but in whispers, and they come only when I am at work."

Cave wrote to Freya and Jake, "Pen poised, I sit to attention, in my suit, on the edge of my imagination, prepared for the beautiful line to arrive. Sometimes it does, sometimes it does not - either way I am powerless to influence the outcome. So often we stand bereft before our ingenuity, with nothing to show for our efforts. Yet at other times we are ushered in."

He added that once he's able to connect with his imagination, "Time gets loopy, the past presses itself against the present, and the future pours out its secrets."

Cave closed his response by writing, "And then your working day is done and you step away. It’s Saturday night and time for dinner and your rider’s name is Irfan. Goodnight, Jake. Goodnight, Freya."

Read Nick Cave's full response on theredhandfiles.com. In May he released the full "Letter to Cynthia" song on YouTube from his "Grief" 7".