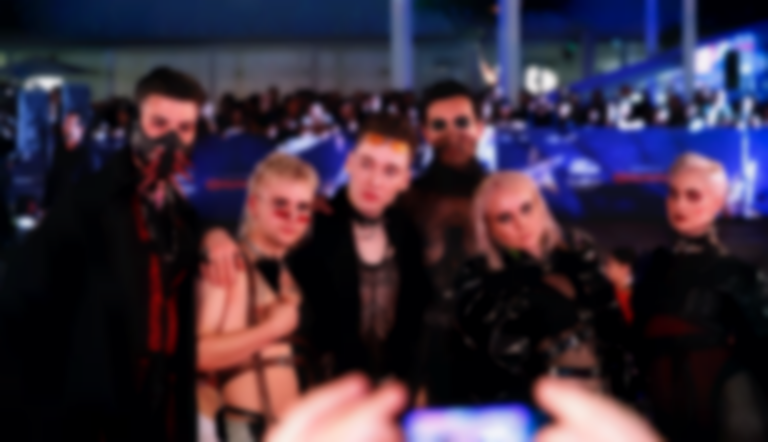 A new film set to premiere this month charts the journey of Hatari as they rise from cult Icelandic origins to represent Iceland at Eurovision in Tel Aviv, Israel.

The award winning, anti-capitalist, BDSM, techno band stole the show at the 2019 event, notable for an on-camera moment in the green room when they held up Palestinian flags and banners to protest against the Israeli occupation of Palestinian territories. "It was always our main reason for entering," explained singer Matthías Tryggvi Haraldson, "to make awareness of the occupation of Palestinian territories and the pinkwashing that was taking place. But in what form that process would take, was unknown until that point. We had the tools to raise awareness at our disposal. But the form that would take, we didn’t have the details."

The 90-minute film A Song Called Hate, directed by Anna Hildur, captures the band's story as they attempt to use their platform to contribute to the political debate around the conflict in Palestine. "I was taken aback by their decision and pulled together a tiny crew together to film Hatari’s participation in the Icelandic round of Eurovision," explains Hildur.

"Our film starts with their unforeseen win. As Hatari was now Iceland’s official entry to Eurovision 2019 I was faced with the fact that there wasn’t the time or resources to find a director and I took the challenge to take a step into the unknown and direct this film."

The film will have its premiere on 16 June at The Rio Cinema in East London, with a Q&A with Hildur and producers Iain Forsyth and Jane Pollard.