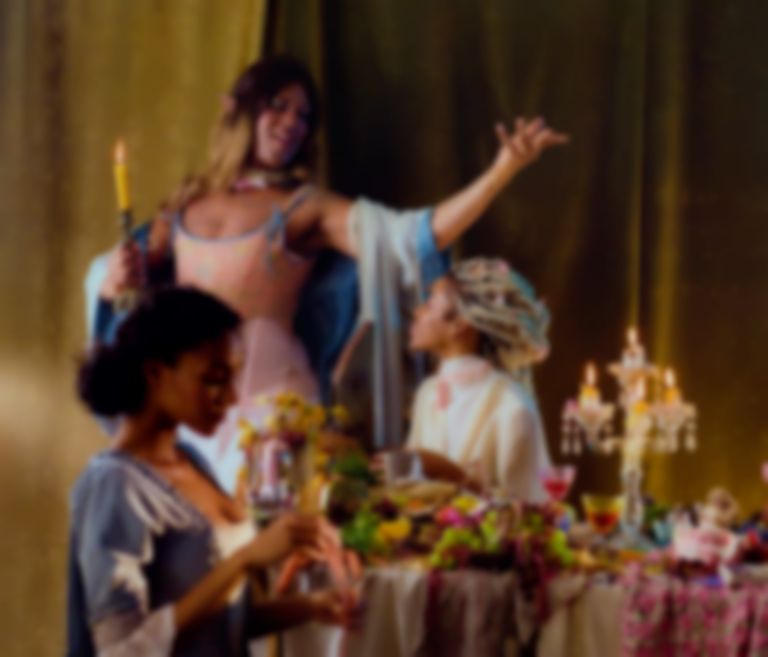 Mykki Blanco has teamed up with longtime friend Devendra Banhart on new track "You Will Find It", which is again produced by FaltyDL.

"You Will Find It" is Mykki Blanco's first release since she dropped "Patriarchy Ain't The End Of Me" earlier this month.

FaltyDL, aka Drew Lustman, says of the new offering, "Mykki rapped and proclaimed her parts over the next two days in the studio with ease. I’ll never get tired of watching Mykki write lyrics on the spot in their notepad. Little giggles, ah-ha moments, just pure excitement and imagination. To be honest, it’s almost jazz the way we work - off the cuff - first thought is right, don’t overthink it - feel it."

Mykki Blanco adds, "I wanted to make a song with Devendra. I wanted to make a song with one of my heroes just like a few years ago when I made a song with Kathleen Hanna. I had met him a few times now playing the same festivals in Europe and he was just open and it felt like a full circle moment. I could honestly say a lot about this song - I mean Devendra not only sings on the record, but he plays. He's not just a feature, he is now in the blood of the song, he's a part of the composition. It felt right to release this song now, I felt like I had this capsule of really good energy and I needed to release it now and not wait but let the vibe be felt now in this really anxious moment - so it can feel like a light-hearted mini mediation amidst all the current noise."

The new track was mixed by James Rand in London and mastered by Heba Kadry in Brooklyn.

Mykki Blanco's "You Will Find It" single is out now.