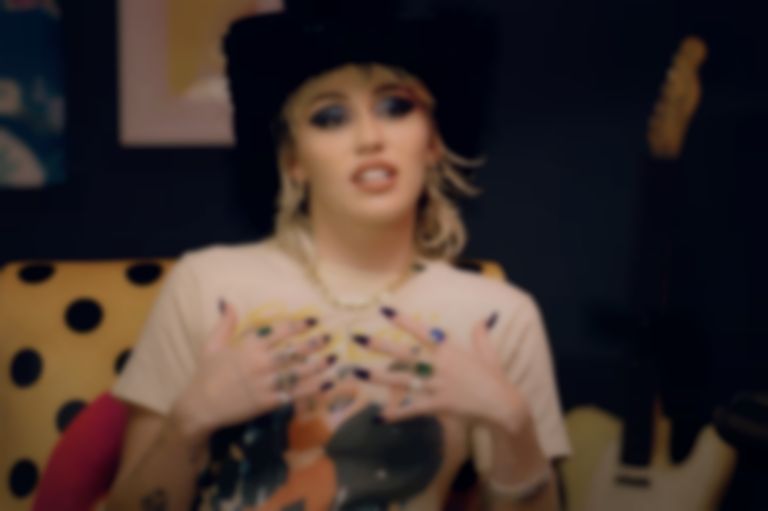 Miley Cyrus has revealed that she didn't release the other two EPs in the SHE IS trilogy because they "lost their relevance".

In May 2019 Miley Cyrus released SHE IS COMING, the first of three EPs planned for the SHE IS trilogy. The first EP was expected to be followed by SHE IS HERE and SHE IS EVERYTHING, which would then combine under the title SHE IS: Miley Cyrus.

Cyrus only ended up releasing one of the EPs, and by November 2019 she had to put recording on hold to undergo vocal cord surgery.

One year on and Cyrus is gearing up to release Plastic Hearts, her follow up to 2017's Younger Now.

Ahead of the album release on Friday (27 November), Cyrus sat down with Zane Lowe for Apple Music to discuss the LP. During their discussion, Cyrus explained the reasoning for not finishing releasing the EP trilogy last year, "I never let an idea or schedule determine my creative choices. I made a record, you and I talked during Younger Now, and then I was going into making a set of three EPs which were amazing - I was in love with the songs - but those two EPs weren't relevant anymore, and even though I love the songs for what they were, they lost their relevance so to me I can't ever release that."

Elsewhere in the interview, Cyrus discusses what she lost in her house fire back in 2018, her new album and more.

Miley Cyrus' Plastic Hearts album will be released Friday (27 November) via RCA Records, and is available to pre-order now.