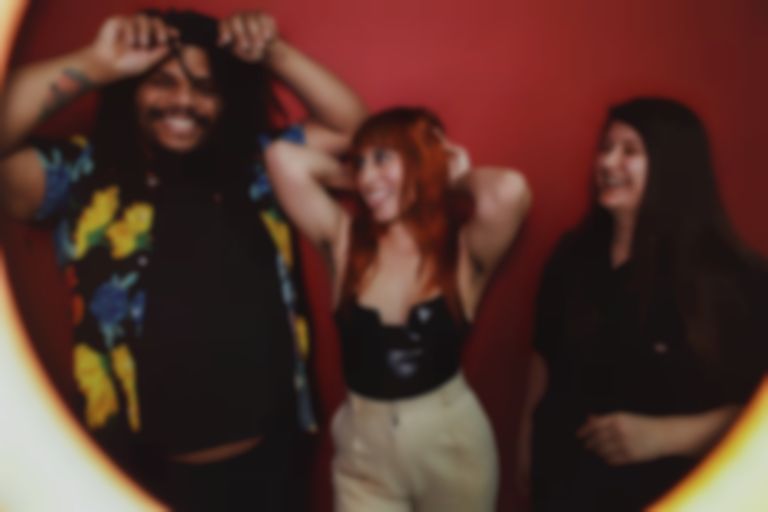 Mannequin Pussy have launched a new GoFundMe after having their tour gear, merchandise and van stolen from outside their hotel in Akron, Ohio.

The GoFundMe was launched by the Philadelphia band yesterday (25 October), and revealed that their tour gear was stolen over the weekend while they were staying in a hotel in Akron, Ohio.

Absolutely surreal to be posting this gofundme but if the past two days have shown us anything it’s how much this music community is capable of caring and supporting each other through surreal times. Anything helps - thank you all so much. XOXO MP https://t.co/59vaiX5Jv1

"All of our gear, all of our merch, and many personal belongings are now lost," Mannequin Pussy wrote.

The band added, "This has been a huge loss for all of us, both financially and emotionally. Between the stolen gear, lost merch sales, new merch printing, new van rentals, and more, we're estimating at least a $50,000 loss. Luckily we have insurance for the gear and the van, but that will only cover SOME of the gear and there are still more costs coming as we try to catch up from this. As the goal is only an estimation, if we meet or exceed our actual needs with funds to spare, they will be donated to an organization of our choosing."

Over the weekend the group posted a full list of stolen gear, which includes multiple guitars, pedals, amps, drums and more. View the full list below.

Full list of stolen gear. Thank you to everyone who has reached out - especially those in Akron. pic.twitter.com/BawR6cBmzz

Mannequin Pussy's GoFundMe has a $30,000 target, and in less than 24 hours they've already passed their initial goal, meaning the extra money will be donated to an organisation.