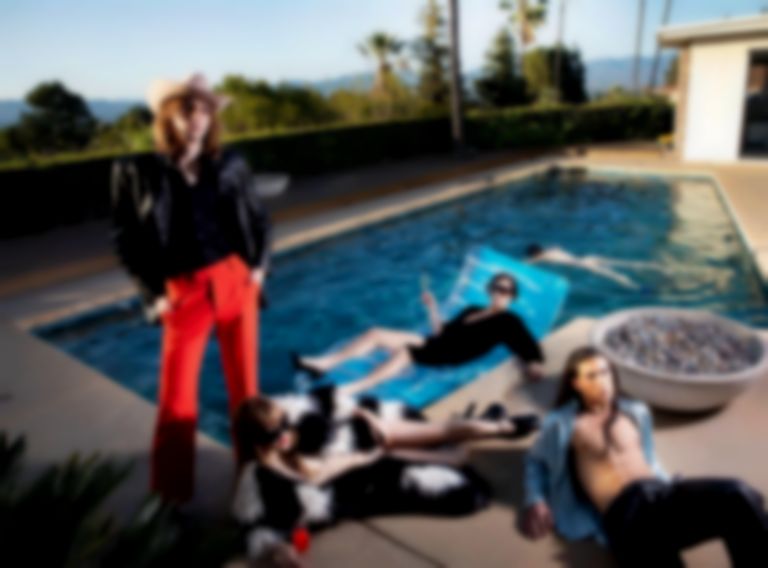 2021 Eurovision winners Måneskin have returned with their first new single of 2022, "Supermodel".

"Supermodel" is the Italian group's first outing of the year, following October's "MAMMAMIA". The new song was written in LA, and features production from Max Martin and his team.

"We wrote "Supermodel" after spending the best few months in LA," Måneskin explained. "At times we were surprised yet intrigued to find how people cared so much about the idea of "celebrity" and status, obsessing over their looks and connections."

They added, "We started to imagine an enigmatic "Supermodel" character. She is really cool, fun and social, yet in reality she is troubled, hiding sadness and addiction. In a way you love her, because she knows how to have a good time, but you also want to avoid her, because she might get you into trouble."

Måneskin will give the new song its live debut at the Eurovision Song Contest final tomorrow (14 May).

"Supermodel" is out now.