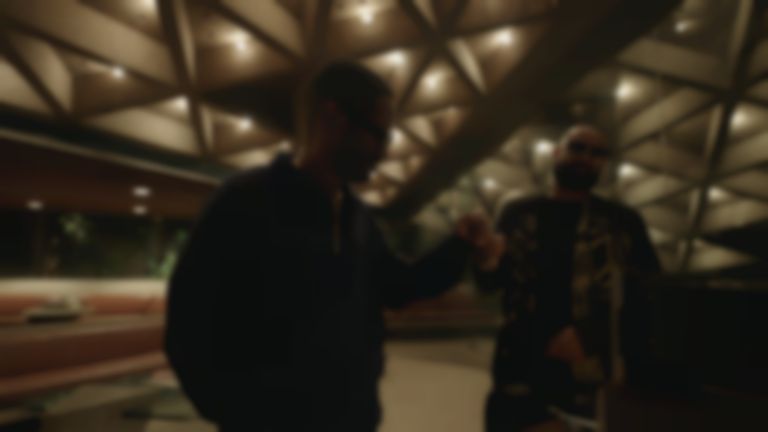 Madlib and Kaytranada have joined forces on a new two-part documentary titled Driven by Sound, which sees the two producers discuss their love for vinyl as well as collaborating on a double single.

Driven by Sound is a two-part documentary created in partnership with Lexus IS Wax and Pitchfork, and sees the two producers discuss their individual relationships with vinyl.

The first part of the documentary (available to watch now via Pitchfork), sees Madlib and Kaytranada browsing through vinyl records at Rappcats in LA, before heading back to a picturesque property in the hills to work on a double single.

The second part of the Driven by Sound documentary, due to land on 15 March, will feature a look at the creation of the Lexus IS Wax Edition - a vehicle with a functional in-car turntable fitted inside.

Discussing his recording process in the documentary, Madlib said, "When I make music, I usually do it in headphones, so I hear everything clear. And I take it to the car, test it out. Every time man. That’s the big test."

Speaking about connecting with Madlib for the project, Kaytranada added, "It was effortlessly, like we’re just homies. I mean, Madlib is a legend to me, so for me it’s like kinda crazy. The 15-year-old in me is like ‘Wow'."

As part of the documentary, Madlib and Kaytranada have collaborated on a double single that will be available as a bonus 7" sent out to select Vinyl Me, Please subscribers in April.

Part one of the Driven by Sound documentary is available to watch on pitchfork.com now. The second part of the documentary will arrive 15 March.