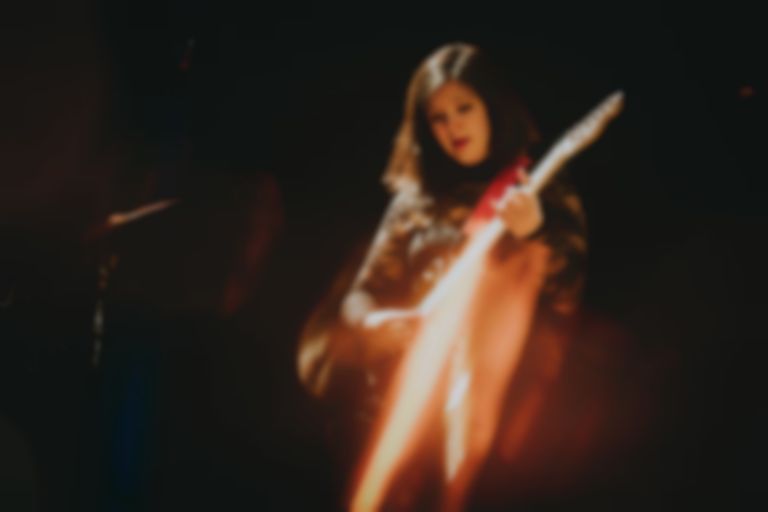 Last week some lucky Lucy Dacus fans received VHS tapes that played fan favourite "Thumbs", a hint that the track might be getting an official release in the near future.

Last week Dacus shared a picture of a VHS tape with "Thumbs" written on the front to her Instagram. While some lucky fans received their own tape from Dacus, other fans believe that the VHS tapes are being sent to fans in preparation of giving "Thumbs" an official release.

"Thumbs" has been performed by Dacus live on numerous occasions, and has since become a fan favourite that has even resulted in a Twitter account dedicated to the release of "Thumbs". The Twitter account, called Has Lucy released Thumbs yet?, wrote on 25 February, "No.. but I think we’re close."

No.. but I think we’re close

Dacus' tape was number 99 out of 100 in her Instagram image, and it seems the other 98 tapes have been sent to lucky fans as video footage has emerged over the weekend of what the tape plays.

When you get a VHS tape in the mail from @lucydacus, you find a VHS player and you watch it asap!!! pic.twitter.com/yiqzP20d8H

If Dacus does give "Thumbs" an official release, it'll mark her first outing since appearing on Hamilton Leithauser's "Isabella" in October last year. Although she hasn't released any new music this year as the lead artist, Dacus did contribute vocals to boygenius bandmate Julien Baker's "Favor" track last month with other boygenius bandmate Phoebe Bridgers.

Lucy Dacus is yet to confirm or deny if "Thumbs" is getting an official release.