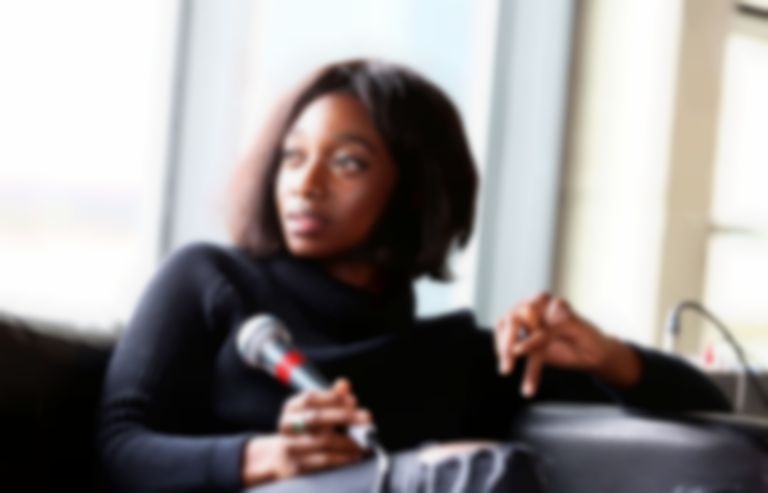 They'll be mentoring young musicians from South Africa and the UK at Camden’s Roundhouse in a day of workshops and collaborative recording sessions.

20 aspiring young musicians from the Roundhouse studios – open to everyone aged 11-25, providing a space for young people to work on and record music at subsidised rates (£1 an hour) – have been brought together with five students from the Campus of Performing Arts (COPA) in South Africa.

Little Simz told us why she thinks projects like these are so important, especially at the moment: “It gives insight into what happens when you merge worlds together. It’s also something constructive and productive for young people to be involved in and I don’t think there are enough things like this – that’s why you have so much bad stuff going on, because there aren’t enough opportunities for young people to be involved in things.

“When people have a passion and something you really want to do – but you genuinely don’t know where to begin, having something like this is that little step to help you getnetworking with people, and what you do after that is up to you. I think at least if you have a small enough platform to get you on that step then you’re good.” 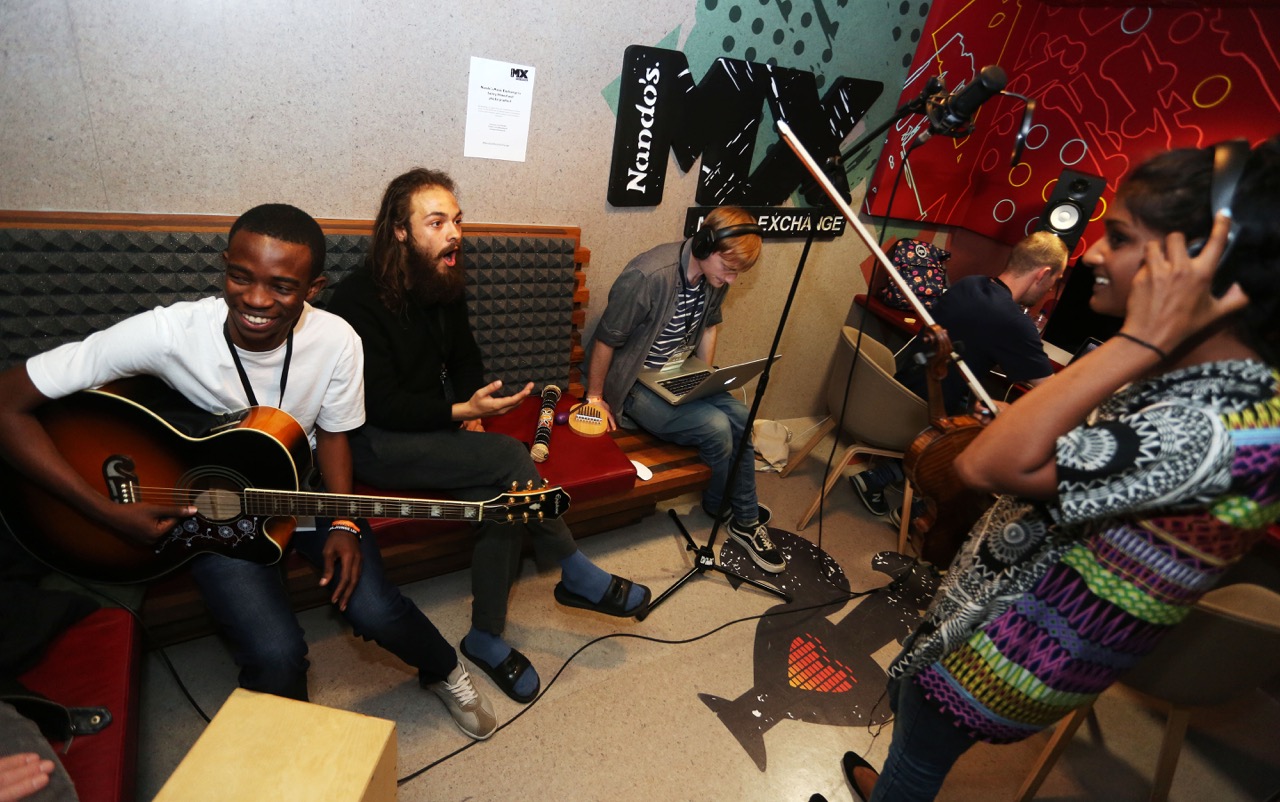 Last year, the project’s first installment saw mentor Stormzy meet South African producer Muzi. “It was an inspiring and humbling experience,” Stormzy said. “With so much undiscovered talent in the UK, the day highlighted the need for more opportunities to provide a stepping-stone for aspiring artists.”

After the Exchange, Nando’s flew Stormzy over to South Africa so Muzi could introduce him to the rich gqom music scene, and discussing his own work combining everything from Zulu culture andskateboard culture, mashing up everything from DJ Sami to Linkin Park. Nando’s plans to make another mini-doc this year, exploring the vibrant female rap scene in South Africa.

Vinthya Perinpanathan, 18, from London, was one of the young musicians taking part. “I’ve been playing the violin for around 11 years and I’ve just finished my Music and Music Tech A-Levels,” she said. “I got really into production in Music Tech which went on really well with my classical side. This day is great as I’m meeting so many more people who are really into the music tech side. The tutors are also really helpful at guiding us in the work.

“It’s been just five people in a room, collaborating. So for someone from the production side and me with my violin, there’s people who’ve got a rapping background, singers. Also in our group we have one of the COPA students from South Africa, we’ve also got someone from Mozambique. All of this comes through in our track, we’ve got an American influence, and then a drop and then south african drumming and it’s all sounding really cool."

Vinthya told us the best part of the project was the different sounds and influences she’s been able to explore, and meeting new like-minded people. “I really want to branch out and travel and be influenced by other cultures music,” she said. “I’m Sri Lankan and really want to explore the music of my own heritage, so this day is great first stepping stone for me."

Another young musician taking part was Ewan Phillips, 24, from North London, who specifically wanted to improve his production skills. “This is the third thing I’ve done through the Roundhouse and the thing I like about it is that when you come here everyone is up to collaborate. Sometimes, in the outside world, people can be a bit more guarded. But when you come to courses like this, everyone is here for the day and the point is to do something together rather than be productive over their project. We’ve only been working two hours and already have something that I feel is really good.

“The collaboration is great because the tutors are great and supportive but their role is to let us do our thing. You end up meeting people who are doing a similar sort of thing and are passionate about it. Also, the people who come to this kind of thing aren’t half-arsing it, they’re into it full-time.” 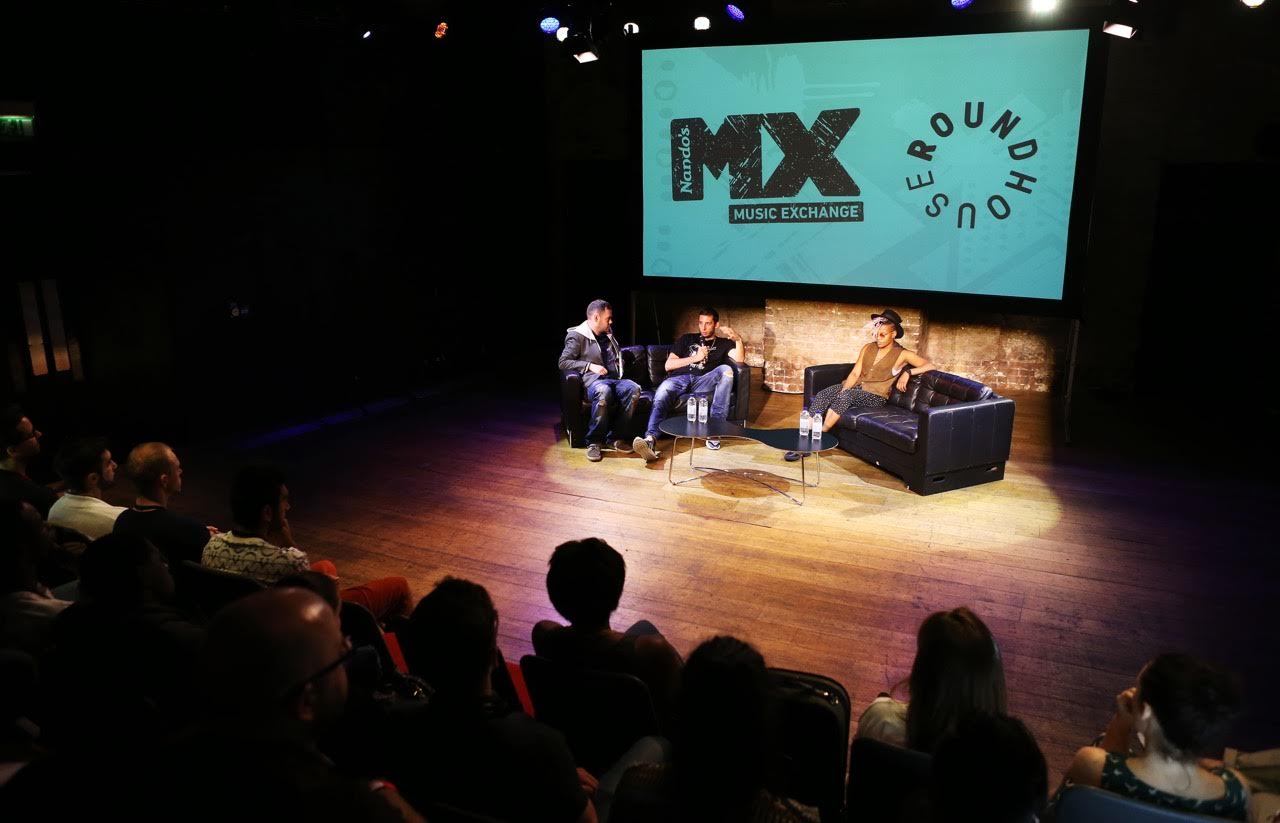 Like Vinthya, Ewan said meeting people was one of the most important aspects to the day. “For me the perfect job would be a songwriter working with a lot of different artists so for me what I get out of this is meeting great artists who are up for collaborating,” he said. “Working with other people can be difficult if it’s not something you’re used to doing especially as people can be so precious over their work. People are putting out music and it’s a part of their identity, it’s a part of them and to work with people is great. I’ve already met a few people from today who I’ll definitely meet up with again!”

Their enthusiasm for group ventures was echoed by Little Simz. “I used to come down to the Roundhouse but I was involved in so many different projects,” she said. “There are so many things I could mention that I can’t even remember but just being in the environment where I’m surrounded by musicians my age and younger; black, white, different races, different ethnicities. The one thing we have in common is our love of music, just being around it every day it gets into the mental and into the physical. The love and passion just grew stronger through it, and made me the artist I am today.”

The Music Exchange is a part of Nando’s wider work in music, making documentaries and taking part in festivals. Keri Perkins, Head of Music for Nando’s, explained why it’s so important to the organisation: “Music is at the heart of Nando’s and we’re proud to continue supporting artists through Nando’s Music Exchange. Our South African heritage is really important to us, so bringing over South African students felt like a natural and exciting evolvement of our music programme, and highlights ourcommitment to continue growing it.”

Each year, the Roundhouse works with over 3000 11-25s, enabling them to realise their potential through creativity. It aims to work those who’ve been excluded, marginalised or disadvantaged, helping them to find pathways back into education, work or simply to enjoy a wider cultural life. Nando’s sponsors a studio at the Roundhouse, which young members can access at any time. 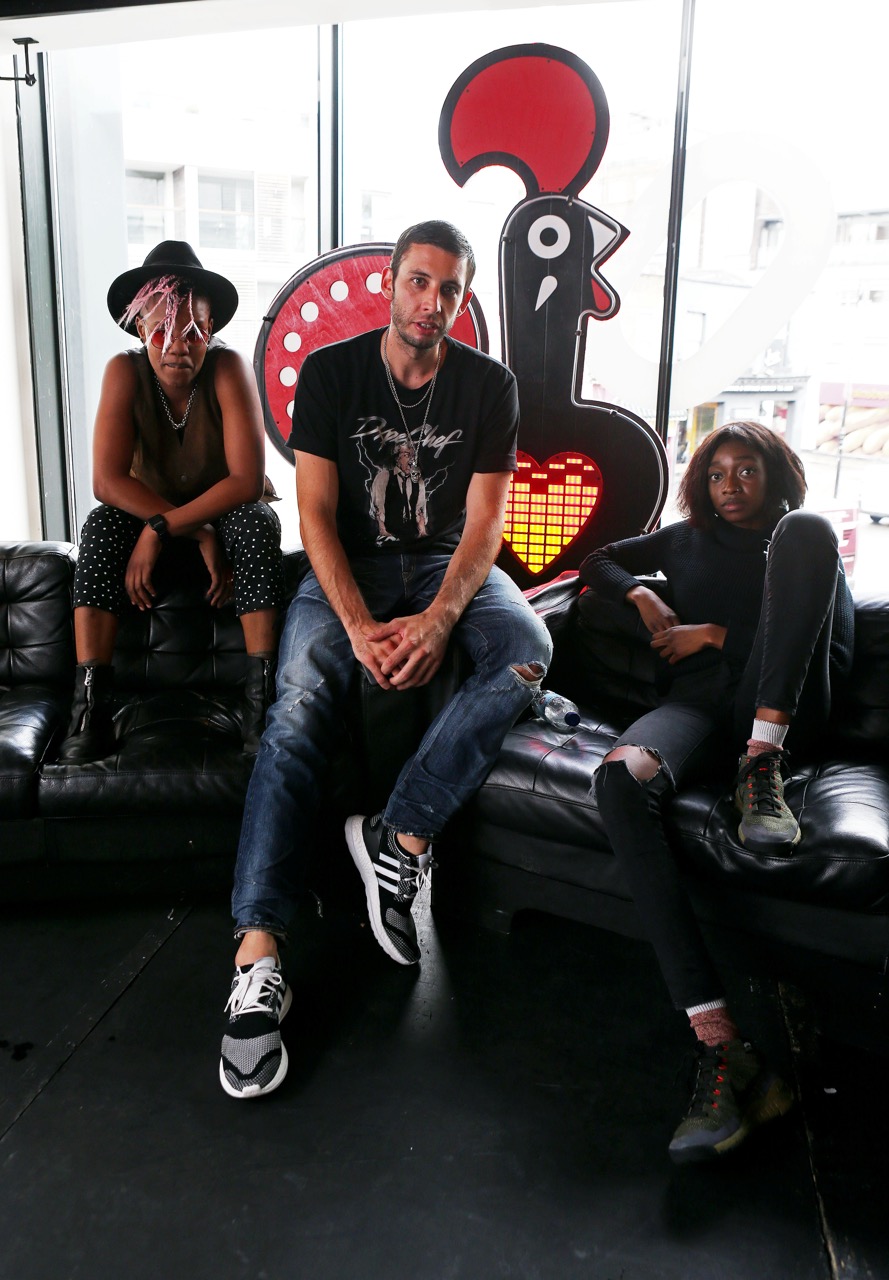