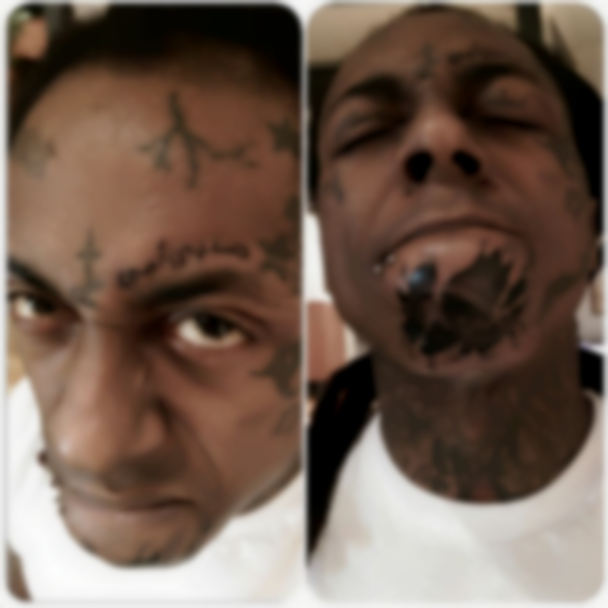 Lil Wayne's facial tattoos are pretty famous, but he's just got a new one that he probably hopes people won't notice.

The first is pretty innocuous - for him, anyway - and is an eye on his chin. The second, above his right eyebrow, is few words of Arabic.

Unfortunately, according to many Arabic speakers, it's complete gobbledigook. It's supposed to read "momma's boy", but it just... doesn't.

Stereogum report that some people have noted that "the words are "kid" and "my mother", so technically it’s close to the rapper’s intended meaning. However, various Facebook commenters note that it can also be translated "illiterate boy.""

Couple pieces I did on my man Li'l Wayne. Very hospitable, and professional client, thanks, Wayne!