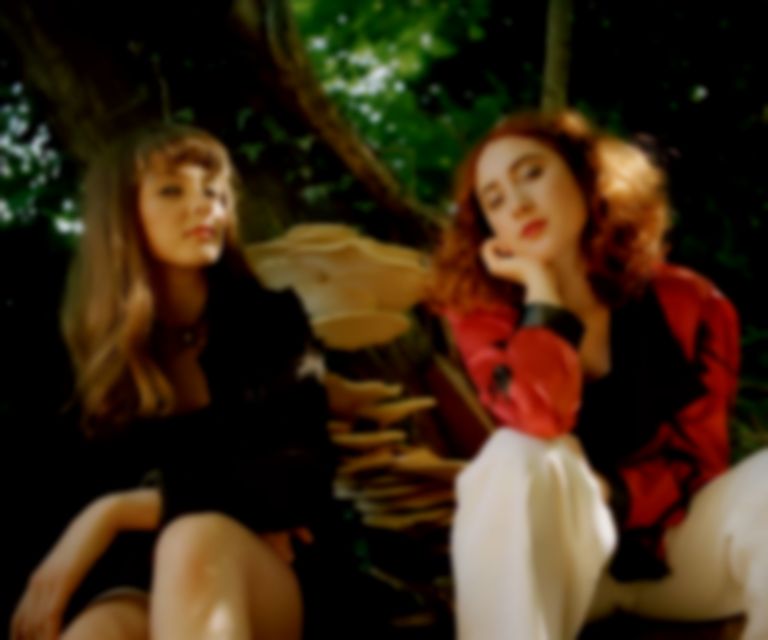 Let’s Eat Grandma are back with "Hall of Mirrors", marking the duo's first new single since 2018's I'm All Ears album.

After teasing their return on socials, Rosa Walton and Jenny Hollingworth have returned with their first new Let’s Eat Grandma single in three years, "Hall of Mirrors".

The new single, accompanied by a El Hardwick-directed video, is the duo's first new single since 2018's I'm All Ears album, but marks their first new material since 2019's Semiramis soundtrack.

Walton says of the song and video, "I wanted to use the setting of a fairground at night to describe the dizziness, intensity and excitement of being with a woman I had strong feelings for, and the hall of mirrors as a metaphor for discovering and exploring parts of myself that I was bringing to life. In some ways it’s reflective and almost secretive, journeying through confusing and difficult emotions, but I also wanted "Hall of Mirrors" to be a euphoric song that conveys clarity, confidence, and ultimately joy."

Let's Eat Grandma's "Halll of Mirrors" single is out now.