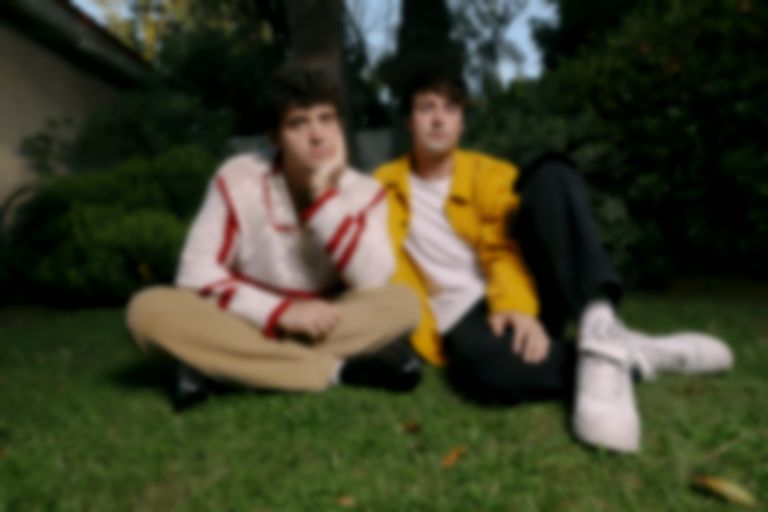 Longtime friends and collaborators Lauva and DallasK have linked up again for "Try Again", a track they made together years back but came back to during lockdown.

“‘Try Again’ is actually the first dance record Lauv and I made together and it was super fun to create a unique record that encompasses both of our styles and influences,” explains Dallas. The pair first worked together when DallasK co-produced and co-wrote Lauv’s 2016 single “Breathe." DallasK also co-produced and co-wrote “Sad Forever,” a single from Lauv’s 2020 debut album, ~how i'm feeling~, and collaborated on his 2020 EP, Without You.

The song actually dates back to an informal 2016 recording session where Lauv and Michael Pollack (Lizzo, Zedd, Justin Bieber) joined DallasK at a lake house he’d rented in his hometown of Orlando, FL and there they created over a dozen songs. “Several months later, Lauv’s artist project started to grow rapidly and he was suddenly on tour with Ed Sheeran and playing all around the world,” recalls DallasK. “We continued to work on his albums but ‘Try Again’ was always a favourite of ours that had gotten seemingly lost in the shuffle.”

After they rediscovered the track last year, Dallas FaceTimed Lauv with an idea for a more dance-focused version. Lauv loved it so much, he immediately re-recorded the vocals. “Then we finished the record on a trip to Mexico for New Year’s and that’s the version you hear today!” says DallasK.