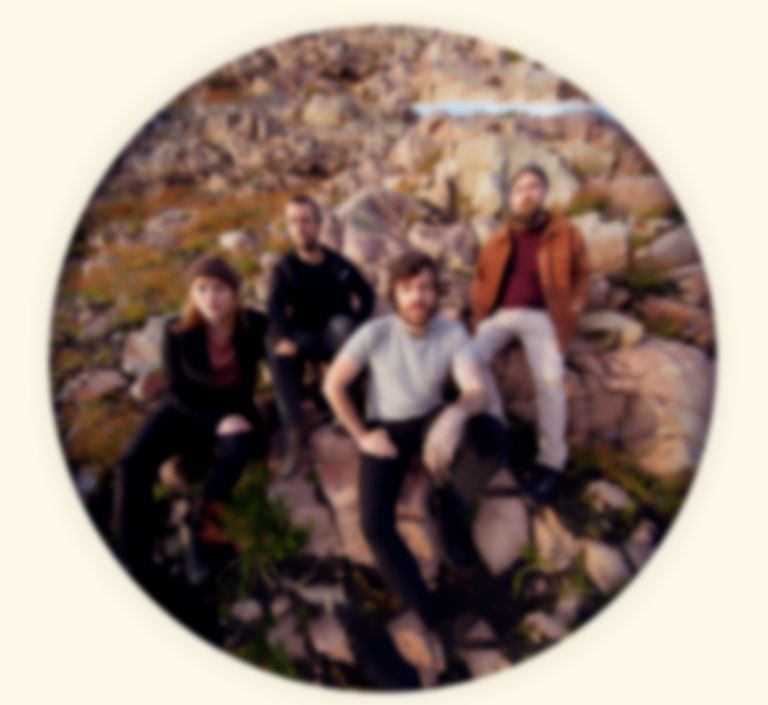 "The Young People" is the second glimpse of The Livelong Day, after last month's lead single "The Wild Rover".

Speaking about the visual, Gallagher explains, "It is set over an autumn morning in Dublin, with all the action happening in the same little sliver of time. The idea was inspired by the lyricism of the first verse, especially the line 'his feet were ringing the bell'. I found myself thinking about the starkness of that image, but then also considering what sort of actions other people's feet might be doing at the same time to contrast that. I was interested in the idea of doing a video with a street photography approach, shooting it in a simple documentary-style, and concentrating on just feet and legs, set against the textures of the city. I spent a lot of time travelling through Dublin with my eyes on the ground, watching and waiting for interesting moments to happen. The way people move through or occupy city spaces, even in the most routine ways, form a sort of interconnected ephemeral dance. You start to see that there's something very expressive about feet that makes them easy to empathise with. You somehow see more of a person by seeing less of them in the frame."

The Livelong Day is Lankum's third album, and their first since 2017's Between the Earth and Sky.

Lankum's "The Young People" single is out now. The Livelong Day lands 25 October via Rough Trade, and is available to pre-order now.