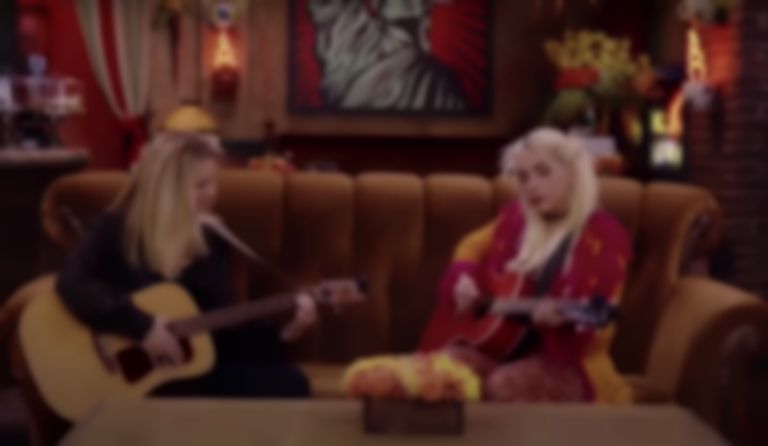 During the highly-anticipated Friends: The Reunion special, Lady Gaga joined Lisa Kudrow for a duet of "Smelly Cat".

The Friends reunion special, which aired today (27 May), saw Lady Gaga join Lisa Kudrow, who plays Phoebe in the sitcom, for a duet of Kudrow's iconic "Smelly Cat" song, which originally debuted during the second season episode The One With The Baby On The Bus in 1995.

Lady Gaga walked into the show's legendary coffee spot Central Perk with a guitar in hand, and asked Kudrow if she needed help performing the song, leading Gaga to say "It's one of my favourite songs" before performing a couple of lines from the song.

The two then perform a duet version of "Smelly Cat", before being joined by gospel singers.

Yesterday (26 May) the Friends reunion director and producer Ben Winston told Variety that "Lady Gaga jumped at the chance" to do the performance. Winston added, "We sat there with the two guitars with Lisa and her and worked it out there and then."

Friends: The Reunion will be available to watch in the UK on tonight (27 May) from 8pm BST on Sky One and NOW TV.