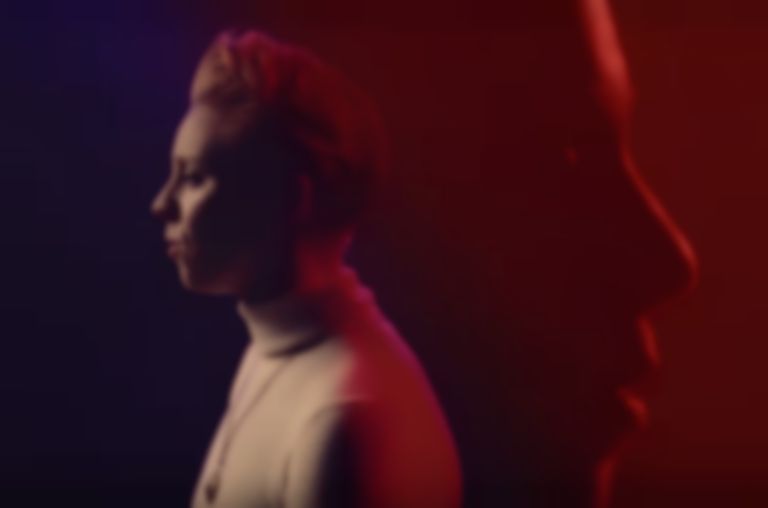 Lava La Rue has shared screenshots of a message they received from La Roux, which saw the "Bulletproof" singer ask for the NiNE8 Collective founder to change their artist name because they sound "exactly the same".

The NiNE8 Collective founder, who released their latest EP Butter-Fly in February, has shared some screenshots on their Instagram Story after they received a message from La Roux about how similar their artist names are.

La Roux wrote to Lava La Rue, "I would really appreciate it if you got a name that didn't sound exactly the same as mine, good luck in everything you do but I don't think this is cool." 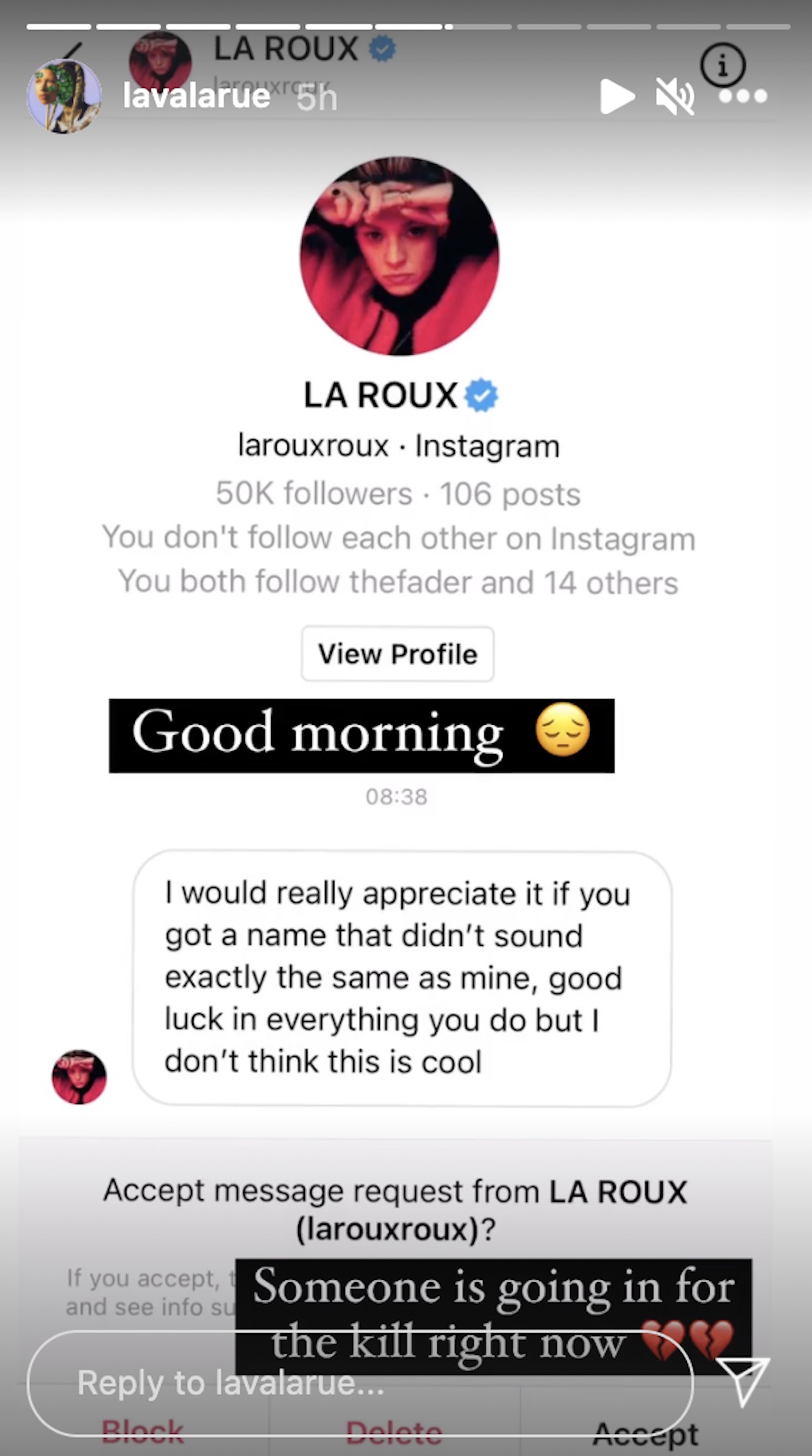 Lava La Rue replied politely, writing, "Omg hi, firstly absolutely LOVE your music." They added, "2ndly my artist name is an anagram of my real name!!! The spelling of La Rue translates to "the street" in French so has a totally different meaning but it's literally an anagram of the name I was born with like on my birth certificate."

"I'm named after my grandma but you can have words with her if you're uncomfortable with the pronounciation being so similar," Lava La Rue continued. "I'm sorry". 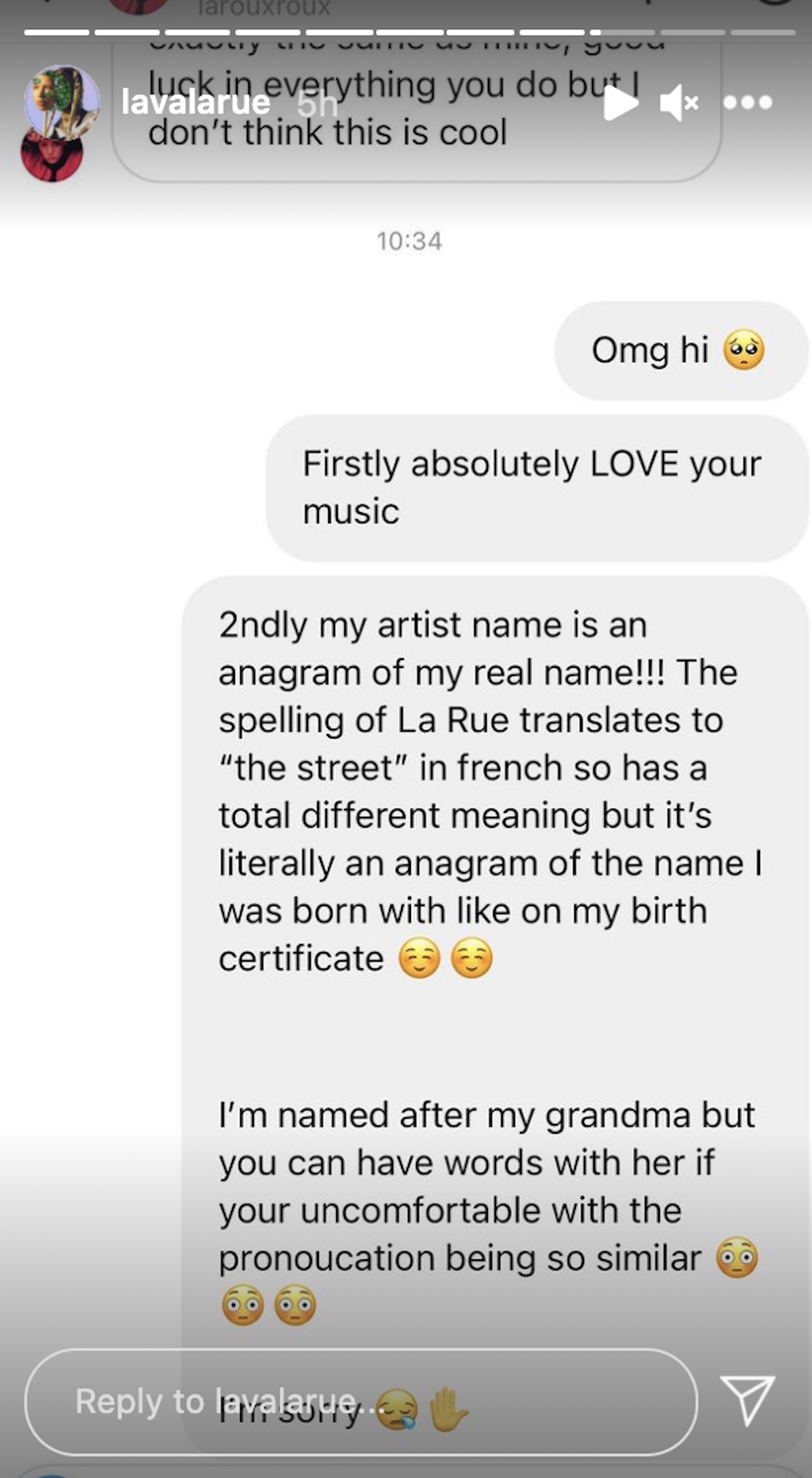 La Roux is yet to respond, but Lava La Rue has said it's "no bad vibes" and directed their fans to stream La Roux's music.