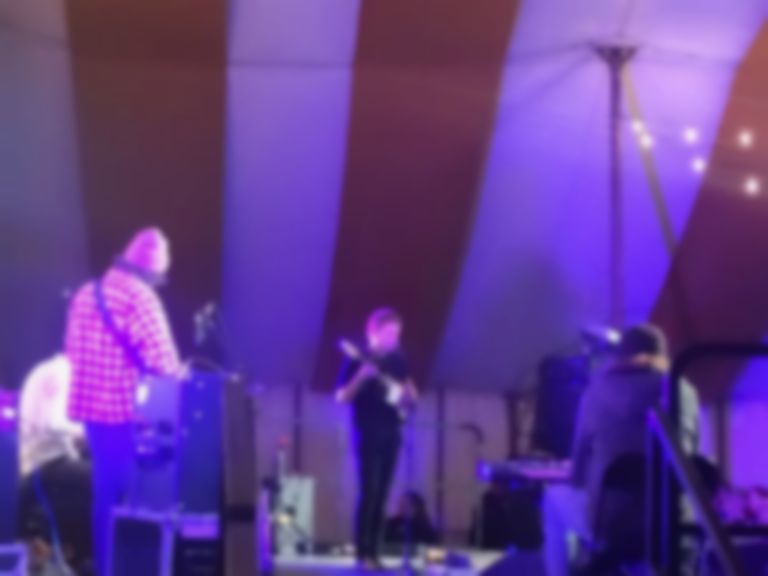 Headlining the Tipi Stage at End of the Road on the festival's opening night, Kiran Leonard and company presented multi-directional indie rock at its finest.

Taking to the stage ready to rock his odd socks off, Kiran Leonard performws a set largely built on new material from his forthcoming album, Western Culture. Extended jams performed with awe-striking synchronicity were paramount, but it wasn't all heavy weighted.

A mid tune-up heckle of "sound man, sort it out, for fuck's sake!" was quickly tempered with a response of "you can't be that rude on a Thursday," while a post-song adulation of "your drummer's great!" prompted Leonard to impersonate enthusiastic crowd members to bestow praise on the rest of his band.

Combining a sense of humour with huge riffs, and, of course, performing some old favourites along the way, Kiran Leonard helped End of the Road get off to a spirited start.