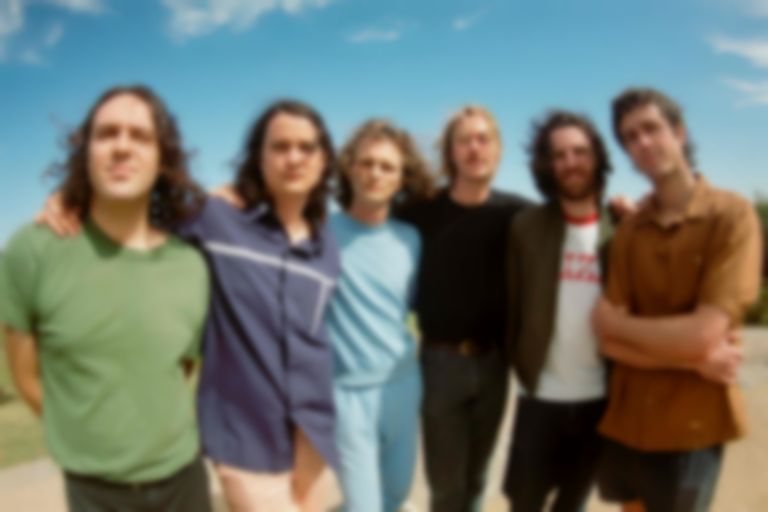 Ahead of their new album Omnium Gatherum arriving on Friday (22 April), King Gizzard and the Lizard Wizard have released a third and final preview of the record titled "Kepler-22b".

Guitarist and vocalist Cook Craig said, "I actually found Barney’s record at a store in New York/ I hadn’t heard any of his stuff before, but remember putting it on and being blown away straight up. I remember thinking damn this is literally a sampler’s dream. It took me a while before I actually realised he was from Melbourne too. I guess it’s funny like that, sometimes you gotta travel halfway around the world to discover an inspiring piece of music made by someone who probably lives on the same block as you."

Omnium Gatherum will follow King Gizzard and the Lizard Wizard's 2021 albums LW and Butterfly 3000, and is the first album the band recorded together since the pandemic.

The band's Stu Mackenzie says the album title is "literally Latin for 'a collection of miscellaneous people or things'."

"Kepler-22b" is out now. King Gizzard and the Lizard Wizard's Omnium Gatherum album will follow on Friday (22 April), and is available to pre-order now.