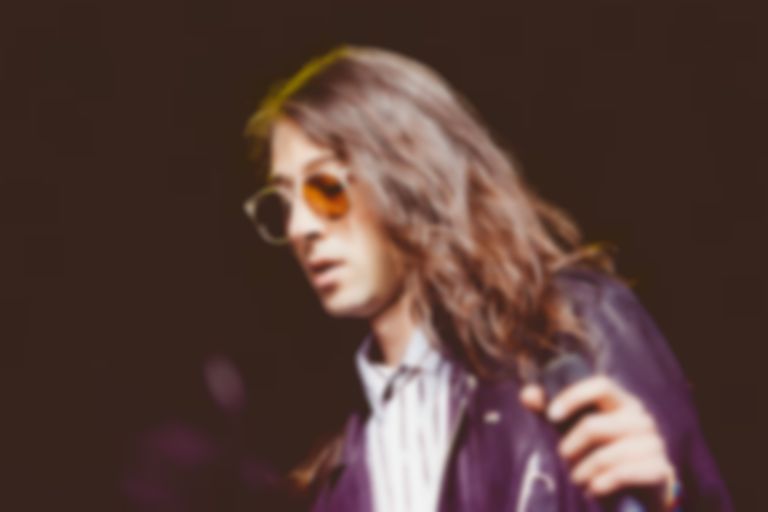 Kindness has shared a new song called "A Retelling", which appears on upcoming charity compilation The Long Road.

Kindness - aka Adam Bainbridge - is one of a number of musicians who has contributed music to the anthology: Robert Plant, Tinariwen, Scroobius Pip, and the Sierra Leone Refugee All Stars have also recorded tracks, while BRIT Award winner Ethan Johns (Laura Marling, The Vaccines) has produced The Long Road.

Speaking to The FADER about "A Retelling", Bainbridge said:

"Late last year my mum told me about a project she’d heard about at her work - she’s a family tracing co-ordinator for the British Red Cross. The Long Road is a collaboration between musicians and refugees, who have told us their stories in their own words. In each case, the artist’s task was to try and capture some of the urgency, or reality of those events and histories and put it to music. I met Ayman, who is originally from Syria, in London, and we spoke for several hours about the last few years of his life, and what it’s meant for him and his family, some of whom are still living in Syria, and coping with life surrounded by an ongoing daily conflict.

"In short, as the first wave of pro-democracy protests were happening in Syria in 2011, Ayman and his friends believed they had an obligation to be present, and to document the uprising as it happened. In doing so, Ayman and his friends became targets for the government, and were now hiding from the police. It’s telling that under certain circumstances, picking up a digital camera can be as provocative as any weapon. Ayman was providing footage on the ground to certain global news outlets, such as Al Jazeera.

"His eventual escape from Damascus, and that he found himself living alone in Glasgow without his wife and two baby boys, are stories too long and nuanced to capture here, but there were a few small personal moments from his story that have really stayed with me. Ayman’s freezing on the plane at Heathrow, unable to process the idea he’d made it to safety. His boys, who remember nothing of their lives in Damascus, who now speak with Glaswegian accents. His wife, unable to process the pain of seeing images of their flat, now left in disarray by the police, their wedding albums trampled underfoot… I hope that projects like these, using the strength and power of a story sourced directly from the individual, become more common. Thanks to Ayman and his family for sharing their story with me."

The Long Road is out 4 March, and you can pre-order it now.

Stream Kindess' "A Retelling" below.