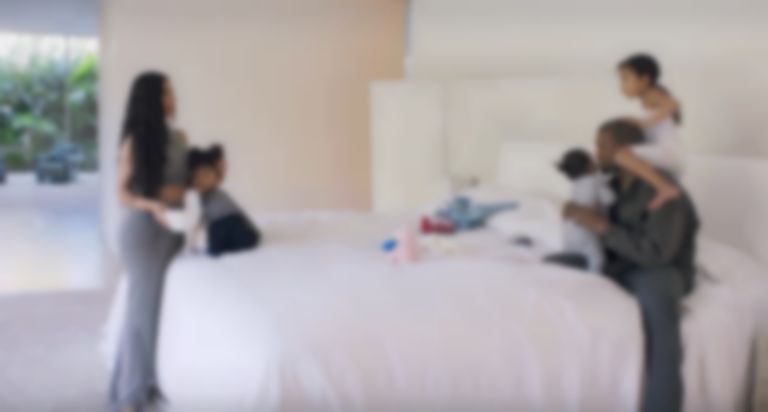 Kim Kardashian West has asked for "compassion and empathy" in a new statement addressing her husband Kanye West's mental health.

Kanye West has displayed some erratic behaviour since he announced he was running for US president this year earlier this month.

His wife, Kim Kardashian West, has today (22 July) addressed his mental wellbeing in a lengthy statement posted to her Instagram story.

She describes him as a "brilliant but complicated person", and reveals she has never spoken about her husband's bipolar disorder before because "I am very protective of our children and Kanye's right to privacy when it comes to his health."

His wife adds, "Those that understand mental illness or even compulsive behaviour know that the family is powerless unless the member is a minor."

Kim Kardashian West continues, "I understand Kanye is subject to criticism because he is a public figure and his actions at times can cause strong opinions and emotions. He is a brilliant but complicated person who on top of the pressure of being an artist and a black man, who experienced the loss of his mother, and has to deal with the pressure and isolation that is heightened by his bipolar disorder. Those that are close with Kanye know his heart and understand his words sometimes do not align with his intentions."

She wraps up her statement by asking for "compassion and empathy that is needed so that we can get through this", and thanks those that have "expressed concern for Kanye's well-being".

Kim Kardashian speaks out on the cultural stigma of bipolar disorder following alarming series of tweets from Kanye West:

“Living with bipolar disorder does not diminish or invalidate his dreams and his creative ideas” pic.twitter.com/jLB88KNn3V

Kanye West is expected to release his DONDA album this Friday (24 July).