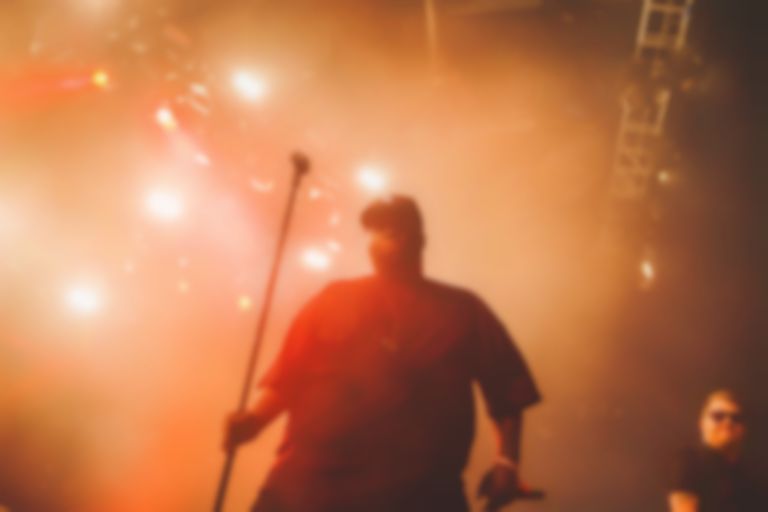 Run The Jewels' Killer Mike gave an impassioned speech on Friday (29 May) urging George Floyd protestors in Atlanta not to burn the city in response to the killing.

George Floyd was killed in Minneapolis, Minnesota, on 25 May by Minneapolis police officer Derek Chauvin after he knelt on his neck while detaining Floyd. Chauvin has since been arrested and charged with third-degree murder and manslaughter.

Floyd's death has resulted in multiple riots in major cities across the US, as well as protests around the world.

On Friday (29 May), Killer Mike of Run The Jewels addressed the protestors of Atlanta at Atlanta mayor Keisha Lance Bottoms' press conference, and opened his heartfelt speech by expressing his "love and respect" for the police and adding that multiple generations in his family have served in the police force. Killer Mike also mentions "the original eight", which were the first black police officers to serve in Atlanta’s police force back in 1948.

Killer Mike said, "Here we are 80 years later, and I watched a white officer assassinate a black man. I’m mad as hell. I woke up wanting to see the world burn yesterday, because I’m tired of seeing black men die. He casually put his knee on a human being’s neck for nine minutes as he died like a zebra in the clutch of a lion’s jaw."

He expressed that he didn't want to be at the press conference, and said, "I am duty-bound to be here to simply say: that it is your duty not to burn your own house down for anger with an enemy. It is your duty to fortify your own house, so that you may be a house of refuge in times of organisation."

The rapper and activist also urged protestors to "go home" and to hold "mayoral offices … chiefs and deputy chiefs" accountable during local elections, adding, "We have to be better than burning down our own homes because if we lose Atlanta, what else we got?" Watch the full speech below.

The whole country needs to stop right now and listen to Killer Mike. He’s verbalizing what a lot of us don’t know how to express pic.twitter.com/yiBEaicRGT

Vulture reports the governor of Georgia, Brian Kemp, declared a state of emergency for Atlanta last Friday (29 May), and deployed 500 National Guard service members to the city. The city mayor also issued a 9pm curfew for Atlanta.