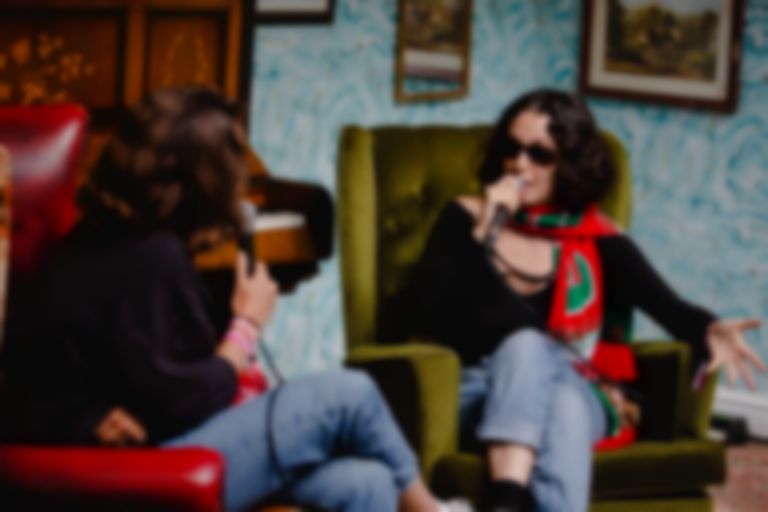 Kelly Lee Owens appeared on the Piano Stage for an impromptu conversation about music and Wales with Best Fit's Jen Long.

Owens spoke in depth about her career and journey to her current point - on the cusp of announcing LP2 following two long years of touring lauded selt-titled debut. Although she kept her next steps close to her chest - declining to reveal a letter from the title or the opening note - the producer candidly discussed how her music career started and the milestones that stood out along the way ("remixing Björk" and "playing End Of The Road four years ago at 4pm in the afternoon and filling the tent").

On her Big Top headline set later tonight (30 August), Owens revealed her plans to give her first record an extended outing as a send off, as well as play new material from an upcoming 12". She also teased a special guest for her upcoming record - who is "perhaps one of the biggest Welsh artists".

Owens plays the Big Top at End Of The Road at 11:15pm. The festival continues tomorrow with sets from Courtney Barnett, Kate Tempest, Low, and more.