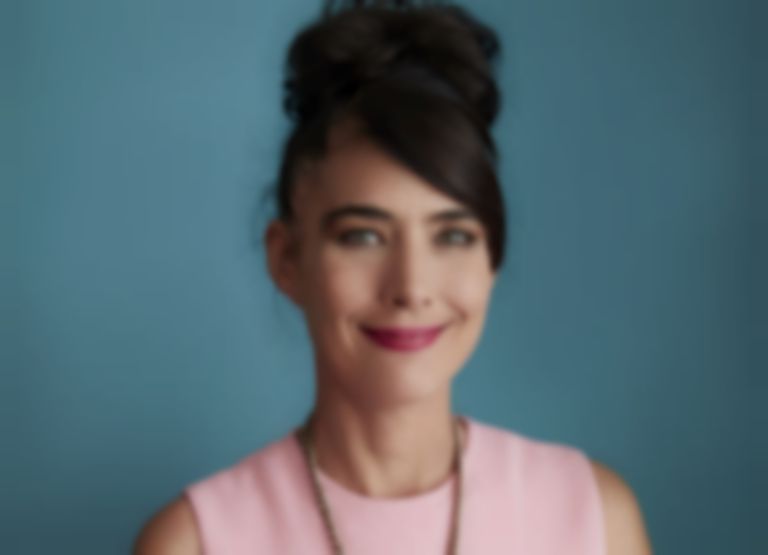 Bikini Kill's Kathleen Hanna has teamed up with bandmate Erica Dawn Lyle, and Vice Cooler to record new song "Mirrorball" for the forthcoming LAND TRUST benefit album due out next month.

This afternoon (6 May) Bikini Kill guitarist Erica Dawn Lyle and photographer/director/producer/drummer for The Raincoats Vice Cooler have announced details of their upcoming benefit album LAND TRUST: BENEFIT FOR NEFOC (Northeast Farmers of Color Land Trust), and have shared the first preview of the Bandcamp exclusive benefit album which is a collaboration with Bikini Kill's Kathleen Hanna titled "Mirrorball".

LAND TRUST: BENEFIT FOR NEFOC features 16 tracks in total and will see all proceeds donated to the Northeast Farmers of Color Land Trust. The benefit album came together when Lyle and Cooler wanted to use their time in lockdown to help others. Cooler said, "Like everyone, I was extremely confused about how I could use my limited skill set and resources—which mostly exist in the music and video worlds—to help others from this place of isolation."

After deciding to work on an album to help fundraise, the duo worked remotely, with Cooler sending Lyle the drum parts from his home studio in LA, and letting Lyle improvise guitar riffs from her home in upstate New York. The duo then reached out to other artists to collaborate, including Hanna, Kim Gordon, Kelley Deal, Rachel Aggs, The Linda Lindas, Katie Alice Greer, Palberta and many more. Lyle explains, "Working on these songs everyday with Vice—and the hope that others would work with us—was like an anchor for me during that really difficult era."

Hanna added of the album, "This is the very, very rare benefit album where no one just sent in some crappy B-side. All the songs are fucking great and the performers really put their hearts into it. It’s a testament to Erica and Vice doing a phenomenal job bringing people together."

Speaking about NEFOC, Lyle said, "It’s become so difficult to organise or make change when everybody’s so far flung throughout cities and living so precariously in fear of eviction. But on a farm you have the collective work to produce healthy food, you have meeting and gathering space for visitors from the city to heal and decompress from their work in social movements and the pace of urban life, you have potential employment. And all this without fear of eviction. The ownership of land makes all of these things possible. The land that NEFOC acquires for farmers becomes collectively owned. Farms run by African Americans make up less than two percent of all of the nation's farms. NEFOC is working to change that."

"Mirrorball" featuring Kathleen Hanna is out now. Erica Dawn Lyle and Vice Cooler's LAND TRUST: BENEFIT FOR NEFOC album will arrive 3 June, and is available to pre-order on Bandcamp now.