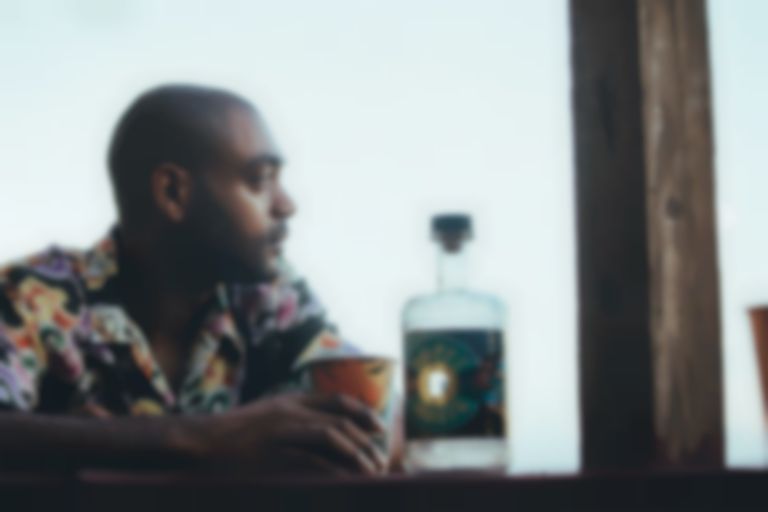 Kano has teamed up with Duppy Share to create Duppy White, the brand’s first 100% Jamaican rum.

Duppy White was created and founded by Kano alongside Duppy Share, and saw the British rapper contribute to every part of production, including the design, taste and story.

The new rum is Duppy Share's first 100% Jamaican rum, and was largely inspired by Kano’s Jamaican heritage and life growing up between London and Jamaica.

Duppy White also features a bottle label designed by Kano, which is inspired by 7" vinyl and personal memories from his life. The label includes illustrations of Deja Vu, a pirate radio station in East London that he says "became the home of a scene and buss many MCs", Brown's Town record stall - the place where Kano bought his first 7" records to bring back to England, his local barber, East Ham's pie and mash shop called Robins, and much more.

He says of the rum, "For me, whatever I do has to be the real deal. This drink comes from me. This is my life, my family’s story inside this bottle, and wrapped around this bottle. This is something I believe in and genuinely love as a product. That was a major thing for me, creating something that I would like to buy myself, drink myself. I’ve been going out of my way to test it with family members and friends to see if they feel the same. People really, really enjoy it. Some people that don’t even drink rum, or it’s not their thing – they drink it and they’re a fan. It's been a fun experience getting friends and family and peers to taste it. I can’t wait for the whole world to get their hands on it."