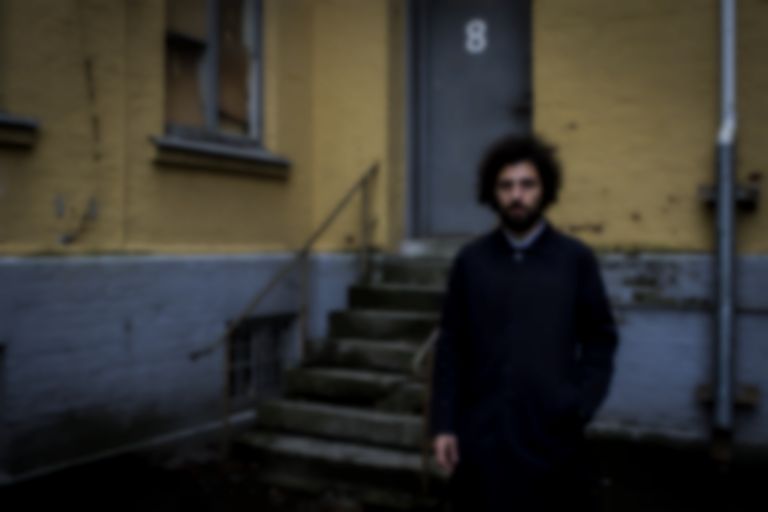 José González has been a whispery name on the lips for over a decade now.

Debut album Veneer first saw the light in his native Sweden in 2003, but it was in 2005 when the indie-folk troubadour really shot to fame; with his version of The Knife’s "Heartbeats" featured on a SONY advert. He openly admits that it hasn’t all been highs since then, but he returned earlier this year with his third solo album, Vestiges & Claws, his first solo release for seven years. Back at home in Gothenburg, Sweden, and midway through a European tour, which includes dates in Birmingham, Dublin, and Bristol's Motion, González took the time to talk about touring, music and life in general.

You’re currently halfway through a European tour, and your final few dates of the year; how has it been so far?

I’m on a break in between playing a lot of Eastern Europe and Germany, before I head out to the UK and Ireland and Scandinavia. It’s been pretty good, I’m still enjoying playing live. Crowds have been really good and I’ve been playing in countries that I’ve never played before. I did have to cancel a couple shows due to events last week (Paris terror attacks). I played in Lyon and Lausanne in Switzerland, which is French speaking and of a French culture, and it was really noticeable at those shows how everybody was thinking about it... everywhere there was this feeling though that the shows should continue. When I got back to Gothenburg after Amsterdam, after playing in front of a thousand people every night, that’s when, although I never felt unsafe, that’s when I felt relief.

You’re visiting the UK briefly in December for a few dates; what can we expect from these shows?

We are touring with a five piece band - we’ve toured with the same group in the UK before. There will be songs from all three albums and a couple of B-sides, things like "Far Away" (taken from the Red Dead Redemption video game). It’s a full one-and-a-half hours. I’ve been doing this for 12 years: writing, recording, touring. Now I feel a bit more mature and I’m okay with the idea that people come because they like some of the songs and I don’t have to be this ‘performer’... like a Robbie Williams or someone like that.

You have tour dates lined up in Australia and the US early in 2016; will you be returning to the UK/Europe next year?

I’m currently looking around festivals, and the tour with yMusic in the US. The idea is that in Autumn 2016 we will play with the orchestra, so the same songs but a different style, different venues like theatres. I’ve been trying to cut down on the time spent on tour, so playing the whole world but just less dates in each place. Sometimes that annoys fans and I get questions like ‘why are you not playing in London?’

Have you got a favourite part of the world, or a country to tour in?

It’s very varied. It depends more on the day, the venue, the promoter, whether they’re trying to push you into a venue that attracts something else. I was not expecting, somewhere like Zagreb for example, to be so exciting; and a lot of the places in Eastern Europe. It was my first time there and the crowds were super excited.

There was a seven year gap between In Our Nature and Vestiges & Claws, and it’s fair to say that the world has changed a lot in those times. Would you say this has produced a shift or a change, on some of the influences and themes on Vestiges & Claws?

It emphasised some of the themes and ideas. Songs from In Our Nature were coming, lyrically, from an anger, that I didn’t know where to aim it at. It was normal things to be angry about: animal rights, capitalism, or about how some things are not necessarily bad but have negative consequences. I’m 37 now, I’m still finding out about myself as a person. Things aren’t black and white and I think people understand that. On Vestiges & Claws there are a lot of references, a lot more metaphors... sometimes it’s about more than those topics. There are many sides to me and my music.

It was twelve years ago that Veneer was released. What has been the biggest change for yourself, personally, in that time?

It’s been time to get to know myself better, to get stories from friends and family. The world is knowing itself better. I wrote Veneer when I was studying at university, and that is more about my inner struggles. I now spend a lot of time doing different things; trying not to get too involved in unnecessary things. Things that were perhaps not trivial for a twenty-something year old…

You were studying a PhD in Biochemistry when your music career took off. Do you think you will ever go back to that?

No! I would feel sorry for whoever tried to lecture me. It would be like going back to the start. For next year, perhaps I would like to look more at ideas, cultures, the media, how these things spread.

What have you been doing in the time between albums?

I had a song on Red Dead Redemption. It was one of our Junip songs, unfinished, but I did a parallel version, a solo one, and it got a lot of attention. The latest project was the Walter Mitty soundtrack.

Are film scores, or soundtracks, something you would be interested in doing more of?

Something maybe later in my career. Right now I am too slow in my writing. I think for film scores you need to be diverse. Touring takes so much time away from other things.

Are you working on any new material?

Yeah… at some point! It’s been about a three year album cycle. There are some other things in the pipeline, like trying to do some live recordings. The ensemble and orchestra allows us to do other versions of old songs.

On Vestiges & Claws you worked without a producer. Did you enjoy this process of self-production? What did you gain from working this way?

It was fun. Artistically it was an advantage. I learnt how to use all the new plug-ins! They’re getting better and better. The aim was to make it sound old school with the distortion, but the disadvantage was probably spending more time on it than was needed because I was learning. It might be a bit more muddy than it had to be. However, the ideas are my own. If I had to work with someone it may have been a struggle to explain my ideas. It’s fun to do it on your own.

You mentioned the process of making the album has ‘fun’ - how does that feed into the music?

As a person I am one way, and then serious with the album. I can be jokey but people don’t see that. It’s melodic, accessible, confident and easy. It’s very open. Some songs are meant as a relaxer and some confrontational. Some are like a lullaby. My videos are more the release.

Vestiges & Claws is out now on Peacefrog.

González plays Bristol, Dublin, and Birmingham later this month. Check out his full tour dates on his website.