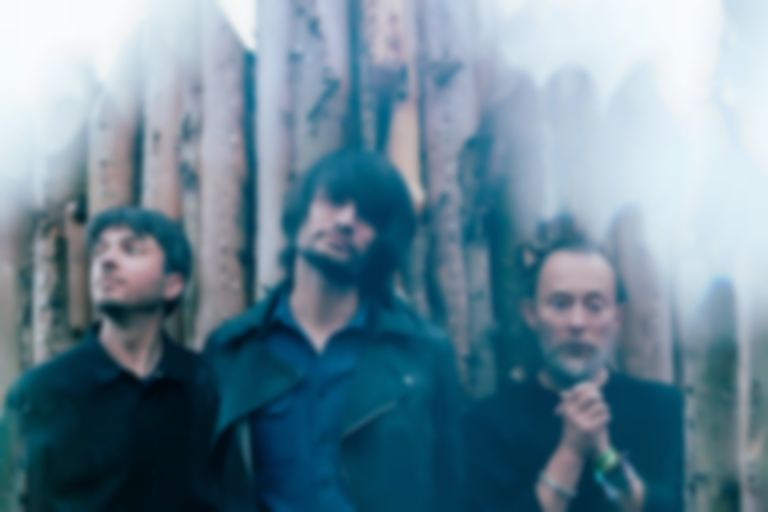 Jonny Greenwood has shared an update on The Smile - his project with Radiohead's Thom Yorke and Sons of Kemet's Tom Skinner - saying they've got a bunch of music and are "working out what will make the record".

After making their live debut during Glastonbury's Live At Worthy Farm livestream in May, Jonny Greenwood has spoken about the progress they've been making on their album, revealing that they're deciding what tracks will make the record.

Greenwood told NME, "Lots of it is just about finished. We’re sitting in front of a pile of music, working out what will make the record. We’re thinking of how much to include, whether it’s really finished or if there are a few guitars that need fixing. I’d hope it’ll come out soon, but I’m the wrong person to ask."

He added, "I’m the most impatient of everybody in Radiohead. I’ve always said I’d much rather the records were 90 per cent as good, but come out twice as often, or whatever the maths works out on that. I’ve always felt that, the closer to the finish, the smaller the changes are that anyone would notice. I’d have said The Smile could have come out a few months ago, but it wouldn’t be quite as good. I’m always impatient to get on and do more."

As well as working on music with The Smile, Greenwood has composed the score for Pablo Larraín's Spencer film starring Kristen Stewart. Greenwood said of the soundtrack, "I explained to Pablo that there’s lots of baggage attached to classical music in films about the royals. You either use actual Handel or pastiche Handel. I watched a few royal films, which were full of sweeping shots of Buckingham Palace, with fanfare horns and tinkling harpsichords on top. I wanted instead to emphasise how chaotic and colourful Princess Diana was, in amongst all that baroque tradition. It’s what the film does too."

Jonny Greenwood's Spencer score is yet to get a release date, but will arrive via Mercury KX.