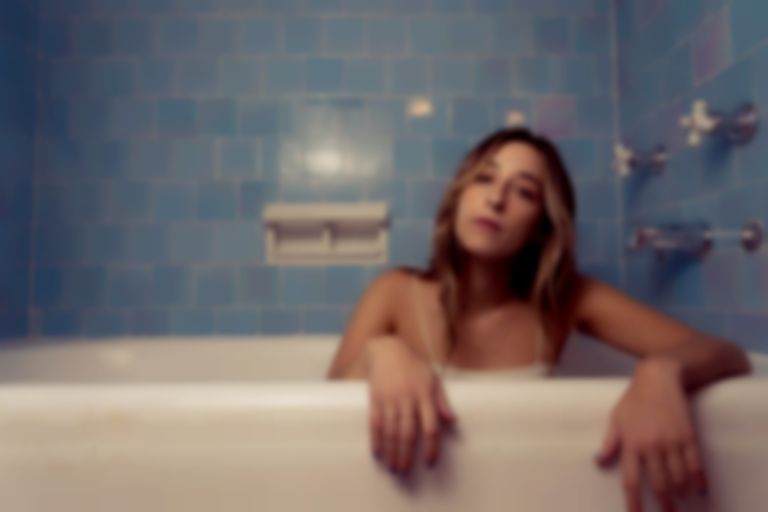 Johanna Samuels has unveiled new cut "All Is Fine" as a third preview of her debut album Excelsior! that's produced by Sam Evian.

Samuels says of the new song, which is teamed with a Anu Valia-directed video and features A.O. Gerber on backing vocals, "I wrote this in one sitting at 3am. It’s about a common human conflict I was exploring during the writing of this record. I felt a bit heartbroken by people not wanting to hear each other out. It sometimes felt that, if there’s any snag in the smoothness of dynamic in a relationship, I was finding it more and more common that people had no interest in truly understanding both experiences. We’ve grown accustomed to a binary. Right or wrong. Convenient for me or inconvenient. In or out. You’re somewhat powerless after someone creates a wall of protection around their inner structures that harshly. Romantic relationships, friendships, politically, communally… I noticed it everywhere. There’s only so much one can do to get through to an uninterested party. All has to be fine and you have to move on."

Her debut album title is inspired by the signature Samuels' grandfather used before he passed away last December. Samuels explains, "He was a very important person to me and he helped raise me. He signed all of his letters and emails 'Excelsior!', including the exclamation point. It means 'ever upward' and that’s what I wish for everyone: to grow from listening with more empathy and from hearing each other out. I hope this record makes people want to be gentler with each other and themselves."

Excelsior! was recorded in the middle of winter at a small cabin in West Shokan in NY State with her band and producer Sam Evian. The album was largely recorded to tape and features contributions from Courtney Marie Andrews, Hannah Cohen, Lomelda’s Hannah Read, A.O. Gerber, Louise Florence and Olivia Kaplan.

"All Is Fine" is out now. Johanna Samuels' Excelsior! debut album will land via Basin Rock on 14 May, and is available to pre-order now.