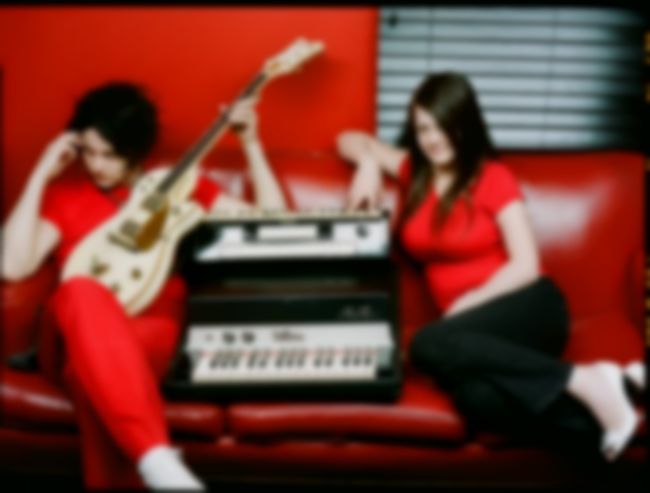 Jack White is featured on the cover of Rolling Stone, and a few snippets from that piece have been making their rounds online. Now that the issue is out, the folks at Consequence of Sound have shared one in which Jack discusses his current relationship with former White Stripes partner Meg White.

When asked about their relationship today, White responded:

“I don’t think anyone talks to Meg,” he said. “She’s always been a hermit. When we lived in Detroit, I’d have to drive over to her house if I wanted to talk to her, so now it’s almost never.”

He also discussed a lack of camaraderie when working together in the Stripes:

“She’s one of those people who won’t high five me when I get the touchdown. She viewed me that way of ‘Oh, big deal, you did it, so what?’ Almost every single moment of The White Stripes was like that. We’d be working in the studio and something amazing would happen: I’m like, ‘Damn, we just broke into a new world right there!’ And Meg’s sitting in silence. I remember hearing Ringo Starr say, ‘I always felt sorry for Elvis, because in the Beatles we had each other to talk about what it felt like. Elvis was by himself.’ I was like, ‘Shit, try being in a two-piece where the other person doesn’t talk!’.

But of course, he acknowledges her importance to the band:

“I would often look at her onstage and say, ‘I can’t believe she’s up there.’ I don’t think she understood how important she was to the band, and to me and to music. She was the antithesis of a modern drummer. So childlike and incredible and inspiring. All the not-talking didn’t matter, because onstage? Nothing I do will top that.”

Jack White’s new album Lazaretto is due out 10 June via White’s own Third Man Records. The Rolling Stone piece is on shelves now.