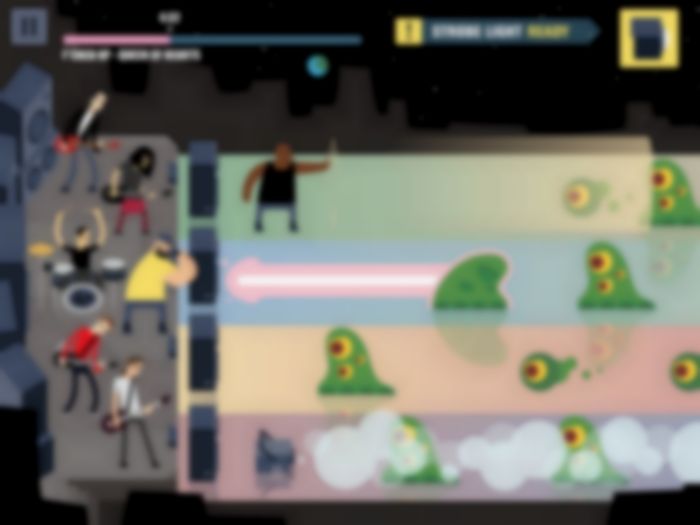 Ever wondered what it feels like to be a musical superhero? Ever wanted the music you're playing to deflect your enemies? Well now you can find out what that's like.

Loud On Planet X is a soon-to-be-launched video game that transports the player to a distant planet, where they counteract alien attacks by performing music.

Developed by Pop Sandbox in Toronto, the game has enlisted the likes of fellow Canadians Tegan and Sara, Metric, Metz, Austra, and Fucked Up, whose likenesses feature in the gameplay.

Pop Sandbox launched a kickstarter for the video game, featuring a series of exclusive rewards for pledgers.

Loud On Planet X is expected to see release in autumn.