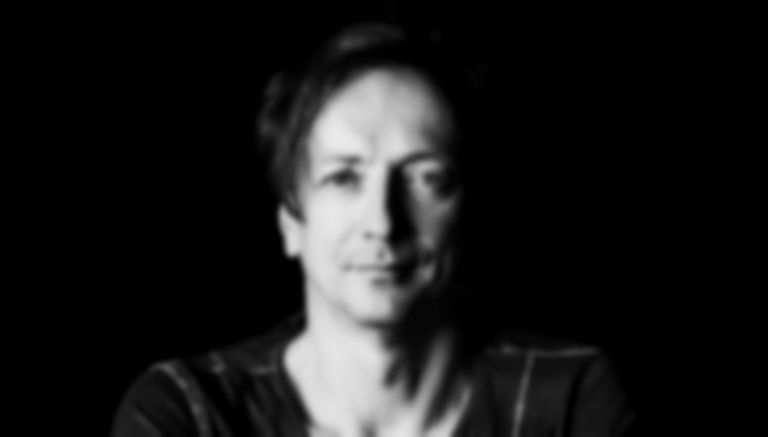 The accompanying video for "Familar Things Disappear" is directed by Mareike Foecking.

"I definitely decided with What If to make a record that might be my most radical," says Volker Bertelmann, aka Hauschka. "The lyrical piano has disappeared, and the sounds I’m fascinated by 9 like noise and electronic elements 9 have taken over."

As well as using his signature prepared piano noises, Bertelmann has used "an old Roland Jupiter 4 synthesizer and an Eventide H3000 Harmonizer... [and] also programmed parts for self-playing ‘player pianos’ (also known as pianolas), exploiting the speed at which they could play, manipulating the resulting sounds, and building layers to emphasize a composition’s meter."

The plaudit-laden artist recently received a Golden Globe nomination for his score for Lion with Dustin O'Halloran.

What If is set to be a fascinating chapter in Hauschka's career. Bertelmann says: "I had the idea of doing an album that is, in a way, a statement about the world in which we’re living and in which I see my kids growing up. What If deals with utopian concepts, and speculates about the world in 30 years’ time. The more I feel questions being raised, the more I try to understand how activity is needed to make the drastic changes required, and there are still people out there who deny that global warming or other similar circumstances exist. Even scientists can’t convince them anymore, so I wanted to dedicate this to such thoughts. The record is there to create awareness for certain topics, but I didn’t want to make it too heavy. It’s more like a very playful way of dealing with our perspectives.”

What If is released 31 March via City Slang (Temporary Residence in the US). Pre-order now.