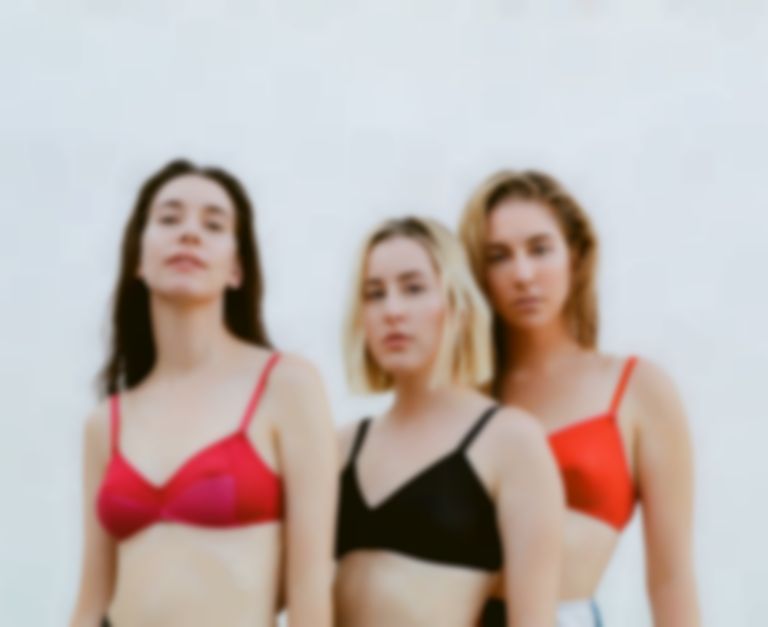 Haim have returned with their new single "Now I'm In It".

"Now I'm In It" is the trio's first new single since August's "Summer Girl".

The new track is produced by Rostam Batmanglij and Ariel Rechtshaid, and arrives with a video directed by Paul Thomas Anderson.

Este Haim says of their new single, "Even when we’re writing about something dark or more serious, we like to tie it up in a bow so that there’s a bit of lightness to it. We want our music, and this song especially, to be the thing that helps you get through that rough time."

When teasing the single on Instagram earlier this week, Haim wrote of the track, "now i’m in it is about going through it. a depression. not leaving the house type of shit. for my sisters and i, there have been times in our lives where we have felt like we are stuck in a dark hole. this track speaks to that emotion."

Between "Summer Girl" and "Now I'm In It", Haim featured on Charli XCX's "Warm".

Haim's "Now I'm In It" single is out now on Polydor Records.