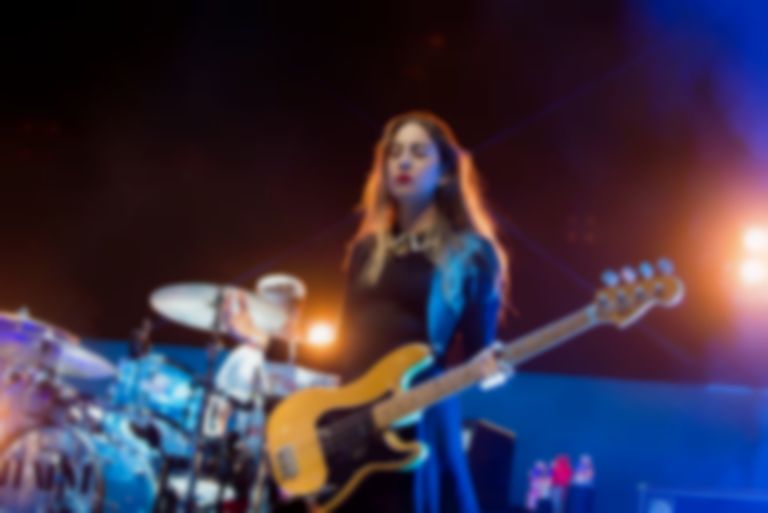 Haim have shared an update on their eagerly anticipated second record.

Speaking to Zane Lowe on his Beats 1 show earlier today - plugging their own Beats 1 show Haim Time, which begins in November - the trio explained that it's a work in progess.

The upside of that answer is that work is really progressing: “We’re getting stuff done. It’s sounding really cool. Essentially the oven has been pre-heated and the oven door is open. More 350 [degrees] if I’m being honest. Fish fingers in the tray... we are working on it every day. We’re not on vacation! We’re really excited, and I can’t swear on the radio, but we’re getting stuff done. It sounds really cool. Songs are written, yeah, many songs. Songs are being recorded, yes. Tick that box.”

Their first record, Days Are Gone, saw the Californian rockers ascend to superstardom upon its release in 2013.

Check out one of that LP's highlights, "If I Could Change Your Mind", below.