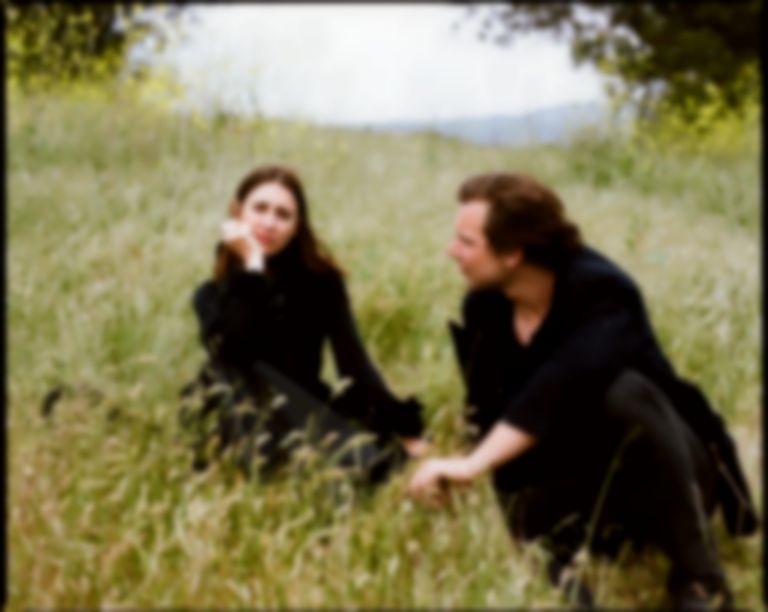 The Brooklyn via Munich duo HAERTS are back with their new single "The Way" ahead of their sold-out debut London show in September.

HAERTS are back with their latest offering "The Way", which is a tale of metamorphosis and confidence to change.

The duo, made up of Nini Fabi and Benny Gebert, will perform their debut London show on 17 September at Paper Dress Vintage, which sold out in two weeks after the announcement.

Having had their song "Your Love" featured on the Netflix-hit show 13 Reasons Why, HAERTS are well on their way to exploring their new chapter.

While the pair released their self-titled, debut album in 2014, HAERTS are yet to follow it up with a sophomore release. There's no dates on the album two drop yet, but it's definitely in progress.

You can hear their new track "The Way" underneath, and check out our Q+A with the duo below that.

BEST FIT: What inspired you to write “The Way”?

HAERTS (Fabi): "So “The Way” was actually one of the last songs we wrote for the album. It’s probably the song with the strongest, spiritual or mystical element to it. In a way it’s about fearlessness, strength, and transformation. The song to us is a notion inside, kind of a hope that it keeps direction to move through life, hence the title “The Way”. There’s no exact story but I think more of a feeling and a driving force."

BEST FIT: How do you guys feel about selling out your debut London show?

HAERTS (Gebert): "We’re super excited yeah. For this show we’re going to do a stripped down set, but we’re really excited. I’ve only been once (to London), and it was a long time ago, so it’ll be great to see the city and enjoy the hot weather."

(Fabi): "It’s been a big wish for us to go and perform there. On the new album we’re hoping to be coming over more, and this is a good start."

BEST FIT: When you were recording your upcoming album did you overcome any blocks? If so what did you take away from the process?

HAERTS (Fabi): "The biggest thing for us when making the record was the actual decision to make the record. At the time when we started making the record it was at a time when a big shift happened in our lives and in a way it was kind of an end and a beginning at the same time. The decision to go ahead and do it was probably the biggest obstacle. When we started writing it it was very clear for us what we wanted to do and it was really clear what we wanted to write about."

BEST FIT: You guys started HAERTS back in 2010, what has stopped you from making your second album sooner?

HAERTS (Fabi): "I think the album for us was in a way an exploration into us. It was really an exploration into our past years, which then also became more about the different forms and different shapes of love in a more universal way. It’s a very personal album. It was our way of processing a certain time. Obviously it wasn’t easy but I don’t think things have to be necessarily easy to make something you care about. For us, the album is made up of sorrow, relief, transformation, and it became an album about human experience. For us, it was about compassion, and solidarity that connects people, and it connected us."

BEST FIT: What are you most looking forward to this year?

HAERTS (Gebert): "There’s a lot of things we’re really excited about, like playing live and a lot of shows. Live shows are something that has always been really important to us. In a way you make this album inside, and then it’s special to take it to the outside, and share it with people."

(Fabi): "There’s a strength in it too. When we were in the studio for a long time - we love to record and we love to write - but sometimes you feel off and because we haven’t played live in a long time there’s such a special feeling when people come together, and we can play for them and there’s that shared experience. I just think there’s great power in it, and that’s mainly what we’re looking forward to now."

BEST FIT: The new track is both vocally and musically impressive - have you been vocally trained or do you use your sheer passion to achieve the sound?

HAERTS (Fabi): "I think it’s a combination. I’ve always sung since I can remember. I put a lot of work into it, so there’s always that element. For me, i’ve never cared that much about other singers and whether they’re trained or if they’re doing it perfectly, or in any specific ‘technical’ way. I’m really not interested in that. For me, if there’s a feeling that’s conveyed, then it’s interesting, and something I can connect with personally. I hope that I can do a similar thing, it’s not about if it’s the perfect note."

HAERTS (Fabi): "It was always the two of us, ever since we started making this music. We played with different people and brought in different people over the years, but at the core was always the two of us. We love collaborations but for this record, in particular, it was very important for us to - while still working with other people - make this record our work. We love playing live with our band, but in the studio, it’s something that is between the two of us."

BEST FIT: It sounds like an intimate process, how does that translate live?

HAERTS (Gebert): We always say it’s the most unprofessional thing we can do. It’s always kind of a shit show. We don’t think about it too much. We try to keep it professional, especially when we work with other people, but I don’t know how it works, we just make it work.

HAERTS (Fabi): yeah, and I think when Ben starts producing things he thinks about the band and the arrangements in a bigger setting, depending on the song. For the record we have a very precise idea of how we wanted it to sound with the band, and when we bring them in, of course, each of them brings their own element.

BEST FIT: Is there an end goal for HAERTS?

HAERTS (Gebert): Our long-term goal is to be making records and touring, and to keep creating, and growing as musicians and humans. If we can keep doing that I’ll consider that a success for us.

(Fabi): If we can be 90-year-olds, sitting somewhere and still making music on our terms I think that’ll be a great goal.

BEST FIT: Do you hold that “on our terms’ phrase quite close to you?

HAERTS (Fabi): Yeah. I always liked Patti Smith when she said, “You have to keep your name clean and it’ll eventually become its own currency”. I always really liked it because it’s telling me not to be too precious with music, as it’s just music. But it’s also saying to be true to yourself, and that you can’t really do anything wrong, you can just look back and tell yourself that story.