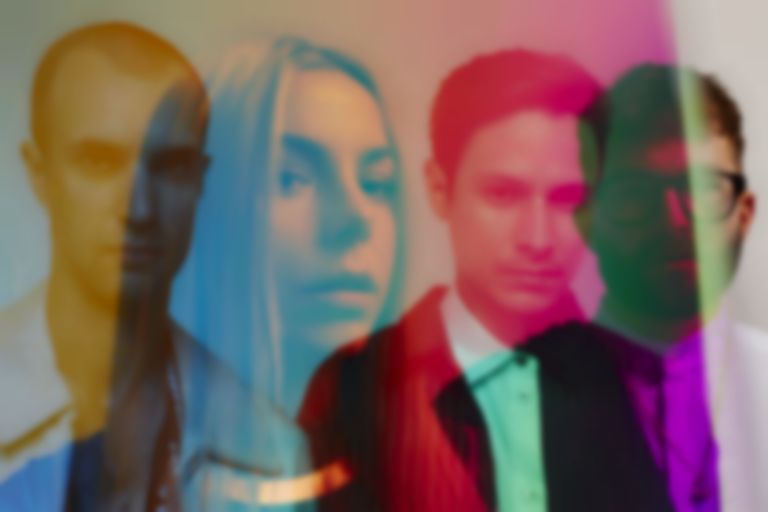 HÆLOS have shared new track "End of World Party" ahead of second album Any Random Kindness, which drops in May.

"You often need to turn yourself off from the news and enjoy the moment," says the band's Lotti Benardout about the track. "We're all humans in the end".

"‘End of World Party’ went through a few different versions, and then we took things from other songs and these new melodies materialized that we ran with," adds bandmate Arthur Delaney, "There's a lot of fun production in it."

The four-piece play a headline show at East London's EarTH venue on 16 May, just after Any Random Kindness is released. The record drops via Infectious (Drenge, These New Puritans) and follows 2016’s Full Circle. It was recorded in a variety of locations—from Benardout’s basement and Delaney’s house to a studio in the English countryside, miles away from their city digs. Throughout, the album touches on themes ranging from the permanent destruction caused by climate change to the ephemeral emotions projected onto social media.

The band tour the US and Canada through March-April, with sets at The Great Escape and Field Day confirmed either side of their EarTH date in London.